Multitouch gestures were introduced by Apple in iOS 4.3 beta 1 which unfortunately never made their way to the final public release. Previously, we brought you a simple guide on how to enable these multitasking gestures on an iPhone 4 running the final build of iOS 4.3. Now, a yet more simpler way to get these multitouch / multitasking gestures back on iOS 4.3.1 has been packaged in the form of a free Cydia tweak called MT Gestures. 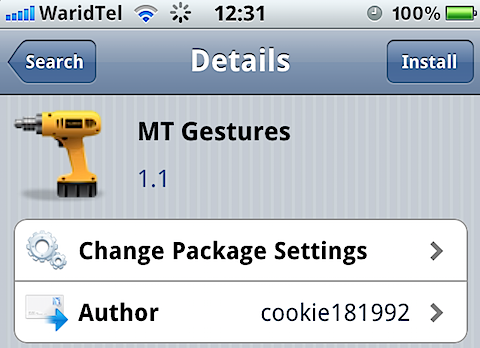 The tweak works on any jailbroken iPhone 4 / iPod touch 4G running iOS 4.3.1. Once you install it and enable it in winterboard, a Multitasking_Gestures toggle will appear in the settings application. 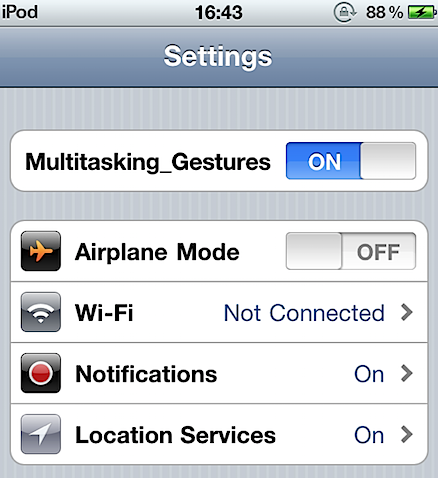