Many users with late 2013 and mid 2014 13-inch Retina MacBook Pro models had shared complaints about their Macs getting bricked because of macOS Big Sur update. This meant that users were unable to start their Macs as they became completely unresponsive. Apple has created a new support page on its website to address the issue, and while some of these solutions have already been tried and tested without success by users, it shows that Apple is actively looking into it. 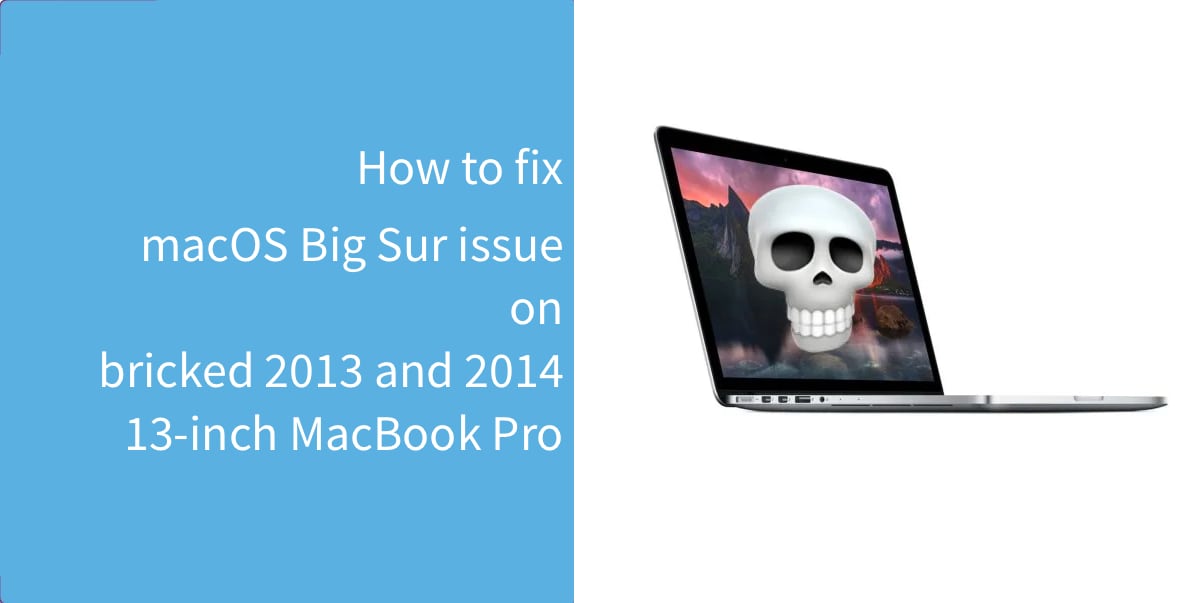 Apple has defined the problem on its new support page as follows:

When you install macOS Big Sur on these Mac models, the installer might say that the update cannot be installed on this computer, or your Mac might start up to a blank screen or circle with a line through it.

If nothing from the above list works for you, then you should contact Apple Support for assistance. They will help fix the issue and knowing that it is a known issue due to their software update, they will likely fix it even outside of the warranty period. Just make sure to let them know about the support page and that it’s a known issue.

We will keep you updated as we have more information on this on-going issue.