George Hotz aka Geohot, the genius behind the first ever iPhone unlock, the developer of Blackra1n / Limera1n jailbreak tools and the mastermind behind the PlayStation 3 jailbreak has decided to open up a new blog with latest updates regarding Sony Computer Entertainment America’s lawsuit against him for releasing the PS3 jailbreak. After discussing the matter with his lawyers, he has also opened up a donation link to support his growing Legal fees in the fight against Sony. Btw, none of this has stopped him from what he does best as he seems to be eyeing the Windows Phone 7 as his next challenge. 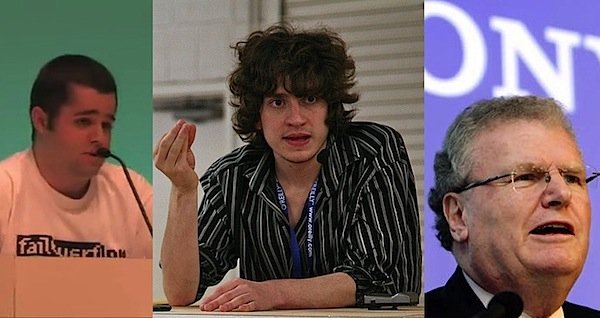 “Media, I need your help. This is the first time I have ever asked. Please, if you support this cause, help me out and spread the word.

I want, by the time this goes to trial, to have Sony facing some of the hardest hitting lawyers in the business.

Together, we can help fix the system

Donations here are for legal defense ONLY

I checked with my lawyers before setting this up

If you have another substantial way to donate aside from money, let me know

Sony is lame, and is suing me for hacking MY OWN PS3. Help me own them in court

Sony doesn’t care if what you did was legal, if they don’t like it, they sue. Sony tried to sue a guy for getting his AIBO to do non Sony approved tricks, making it apparent that they don’t really care about piracy, they care about control. In (Sony v Bleem), Bleem was the winner on all counts, but the high cost of a legal defense shut them down. Fortunately, that suit helped set precedent on the legality of emulators. I would hate to lose this case due to resource starvation, and with the support of the masses, I won’t. Lets turn the bully back on itself. This case has the ability to set a huge precedent for consoles and all closed systems to come. The other two should be begging Sony to back off.

I am an advocate against mass piracy, do not distribute anyone’s copyrighted work but my own, do not take crap lying down, and am even pro DRM in a sense. For example, I believe Apple has every right to lock down their iPhone in the factory as much as they want, but once it’s paid for and mine, I have the right to unlock it, smash it, jailbreak it, look at it, and hack on it. Fortunately, the courts agree with me on this point.

My PS3 goal has been to provide users a legitimate path to homebrew, which by the standards of all previous cases (or, in reverse), is 100% legal. Sony does not even try to allege piracy or copyright infringement in this case, they allege I did things like play “super mario world, an unauthorized game” on MY PS3. And access MY PS3 in an unauthorized way. Who are they to authorize what I do with my taxed and paid for property?

fail0verflow’s goal was even nobler than mine. They wanted to give you back a feature Sony illegally stole, Linux on your PS3. It’s shameful on Sony’s part that they are being sued at all. If you have a problem with pirates, sue them, don’t sue people who point out your shortcomings.

Why should I care about your personal legal troubles?

You shouldn’t. For example, if I was taken to court for sex crimes in Sweden, I would never ask for donations. But this case isn’t about me. Clearly I am not being sued because of something I have that Sony wants, I am being sued in order to send a message that Sony is not to be messed with. But if I(and all codefendants likewise) actually win this, we have the power to send a much stronger message back. That consumers have rights, and we aren’t afraid to stand up for them.

Why should I trust you? I just saw you trying to rap battle Sony

My attempts at humor aside, I do take this whole matter very seriously. Again, it’s not about me, I was on the verge of quitting this stuff last June, and I would hate to be the one who sets a reputation for hackers that all a company has to do is sue us and we back down. In fact, I want the opposite reputation set, that the more a company tries to abuse the legal system, the harder we rally back. I will be the first person in line on the launch date of the Xperia Play, and itching to get my hands on the Next GEOHOT Project.

Why did you wait until now to set this up?

I didn’t want to be trigger happy, and thought the suit might go away quickly. Also, I had to consult with my lawyers about how to do this. It’s been over a month, and it looks like this is going to be a drawn out case. I am in this for the long haul. I am very serious ethically when I take donations, for all iPhone work I only accepted after the fact, here after the fact is too late. Now I am pot committed so to say.

How much should I donate?

Put it this way, Sony has 5 lawyers, I have 2. I’d like to level the playing field, and really get some hard hitters in there. I have already racked up over 10k in legal bills; donate whatever you feel like. Leftover donations at the end of all this will be donated to the EFF.

What if I want to donate more than I feel comfortable sending through PayPal?

I’m excited! Email me, we’ll figure it out.

Why doesn’t the EFF fund this?

Ask them. They have offered to provide some legal help though, which is much appreciated.

Donate to help you, you’re the reason I can’t play Modern Warfare now…

No, I’m not. Kakaroto explains this really well here. I have never played PS3 online ever. Frankly I’m amazed by the apparent ease with which these cheats were created, security 101, why is the security in the client anyway? I had no idea this would happen, and am in full support of the cheaters being permabanned from PSN.

I’m a poor college student, what can I do to help?

What if SCEA tries to settle?

Lets just say, I want the settlement terms to include OtherOS on all PS3s and an apology on the PlayStation blog for ever removing it. It’d be good PR for Sony too, lord knows they could use it. I’m also willing to accept a trade, a legit path to homebrew for knowledge of how to stop new firmwares from being decrypted.

Why isn’t SCEA trying to settle?