I’ve been reading about this issue all over the Internet and if you’ve come here, chances are that you’re suffering from this as well. Ever since the final release of iOS 5, the iPhone 4 battery drains like there’s a leak in it. Sure, I use my phone a lot more than the average person ( I know because people give me the looks which I rarely notice as my eyes are glued to the screen ) but the battery drains the most on standby which is just astonishing! How can my iPhone 4 lose 10% battery overnight after being fully charged and that too on standby? 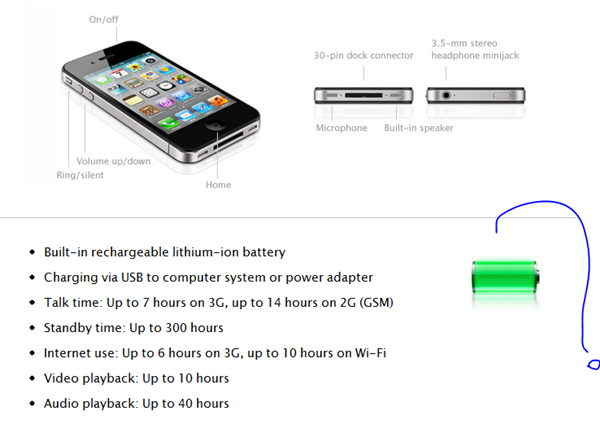 Of course, being a geek, I have tried to diagnose this issue myself. At first, I thought that Foursquare was the culprit with its new Radar feature which pings you when there’s some interesting location nearby and sure enough, it uses location services a lot more than other apps. But I revoked its access to location services and even uninstalled it to check but it didn’t help. Next, up, I tried reducing the number of active MS Exchange accounts I have ( have 3 running all the time with push on ) but even that didn’t help. Before you point your fingers at the inboxes, no, that doesn’t kill battery life on standby as much as I’ve been using this setup for a long time. Last, I’ve tried disabling iCloud and while it did seem to be helping things somewhat it’s not something I can use my iPhone 4 without. Knowing that my data is always backed up and current in the cloud is an assurance I want to have while using my phone. But then this reminded me – I’ve been using iCloud since the beta releases of iOS 5 and the battery was never this bad. Plus, I know I’m not alone facing these battery woes.

Apple really needs to fix this issue. Has anything worked for you to fix the battery drain on iOS 5?