Apple introduced a Translate app that can translate several different languages in real-time, and Safari picked up new translation capabilities in iOS 14. You can follow along to see how to use Safari website translation on iPhone and iPad.

In addition to the new Translate app for iPad and iPhone in iOS 14/iPadOS 14, Safari was granted the ability to translate entire websites with the latest software. When the feature was in beta version, it worked very well and it was great to see the Cupertino tech giant adding features like this that Google’s Chrome browser has offered for quite some time now. 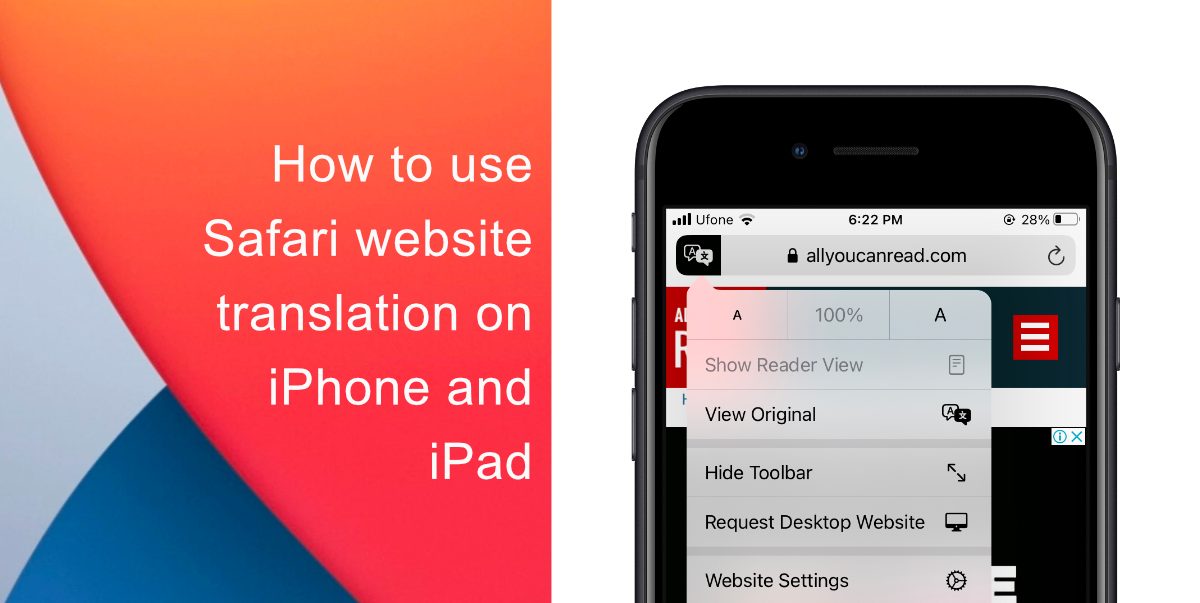 How to use Safari website translation on iPhone and iPad

The new Translate app offers 11 languages including Arabic, French, Chinese, German, English, Italian, Portuguese, Korean, Russian, and Spanish. You can follow the given steps to use Safari website translation on iPhone and iPad.

You can also add more language options to the Safari webpage translator. The following steps will show you how it is done.

Upon following the above-mentioned steps, the next time you visit a compatible webpage featuring another language, you will see your preferred languages available as additional translation options.

While Apple’s Translate app can be used offline with all local device processing, the company notes that the Safari translation features rely heavily on Apple servers to work but that it does not store any info from the websites that are being visited or translated.

Have you tried out the new translate websites feature is iOS 14 or iPadOS 14? Let us know in the comments below!