NetEase is a famous and long-running house of developers with amazing titles under its belt like Identity V, Diablo Immortal, LifeAfter, Marvel Super War, Knives Out, and such. The China-based developers have launched a new game on the mobile platform quite similar to Valorant, called Hyper Front.

Valorant from Riot Games is yet to be released however, the gameplay and visual style of Hyper Front provides the same kind of experience you get by playing Valorant.

The game features a colorful and futuristic look, which is reminiscent of Valorant. Hyper Front allows players to choose from different heroes to use on the battlefield; each character has two unique special abilities, one ultimate ability along with individually voiced catchphrases. A few abilities seem to be mirror versions from Valorant involving special arrows that can show enemies, healings, walls, and more.

The title comes with a variety of modes like casual/classic mode, Death Fight, Arms Race, Ranked Mode, and Search and Destroy. Players can earn in-game currency after every round which they can use to upgrade abilities, avail better protection, secondary handguns, assault rifles, SMGs, LMGs, and Sniper Rifles. 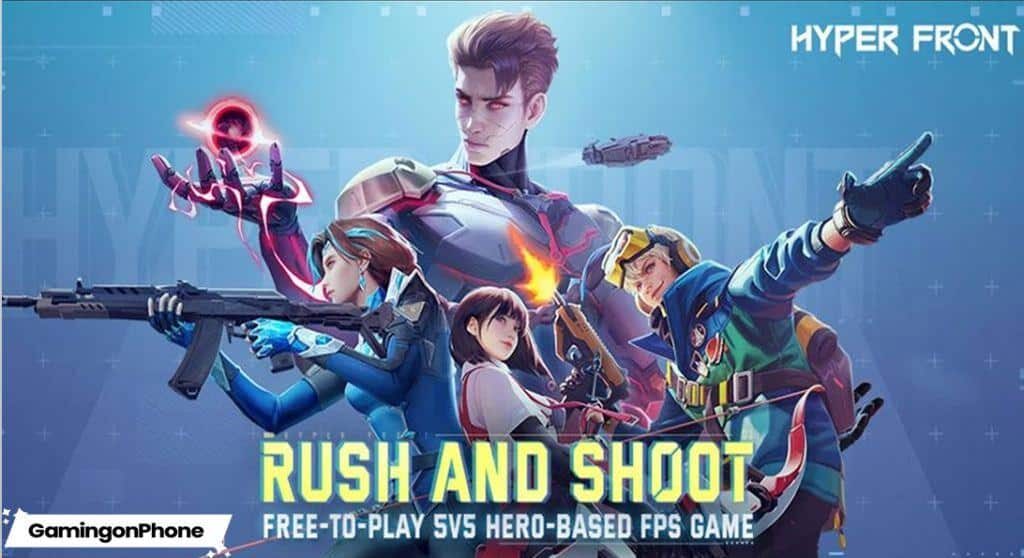 Moreover, players can adjust the visual settings to allow the game to run smoother and with better graphics. Maps are very detailed and the controls are pretty comfortable to get used to. The cosmetics do not affect the gameplay, though some look really good and are worth spending some in-game currency on.

Despite the fact that some of the elements of the game are similar to that of Valorant’s, Hyper Front is still a worthy contender if you are looking for a tactical FPS.

You can check out the official trailer for Hyper Front right down below. If you want to dive into the action, then you can download the game for free right now on Apple App Store and Google Play Store.