New reports say that a redesigned and powerful iMac is expected to be announced at Apple’s annual WWDC online event. A recent tweet by Sonny Dickson claims that the company will be announcing the new iMac which would be powered by a T2 chip, AMD Navi graphics and would not have a Fusion drive.

The leak also states that the new all-in-one desktop would have a design language similar to iPad Pro with thin display bezels. Sonny Dickson has a credible track record of Apple related leaks. However, he did not mention if the company would beef up the hardware of both iMac models, 21.5 inch and 27- inch.

As per the tweet, the new redesigned iMac would be more powerful than its predecessors. The reported T2 chip is Apple’s own second generation security chip which encrypts data with a Secure Enclave co-processor, and manages audio controller, webcam, SSD and more. The current iMac is powered by 8th and 9th generation Intel Core processors. However, only the iMac Pro models are equipped with T2 chip.

Without mentioning which Navi GPU by AMD, the leak simply mention the generation of the possible new graphic card. The AMD Navi graphic cards are the company’s most successful product yet. The current line-up of the AMD Navi GPU cards is:

A new high-end Navi GPU, AMD RDNA 2 was recently announced by Lisa Su, AMD CEO. She did not give a release time frame but industry experts expect the new AMD Navi GPU to release by October this year.

Both current iMac models are equipped with Intel‘s high-performance graphic cards which support complex applications like Logic X on the device. Thus, a more powerful AMD Navi GPU would increase the graphics performance by many times and make these computers a worthy upgrade. 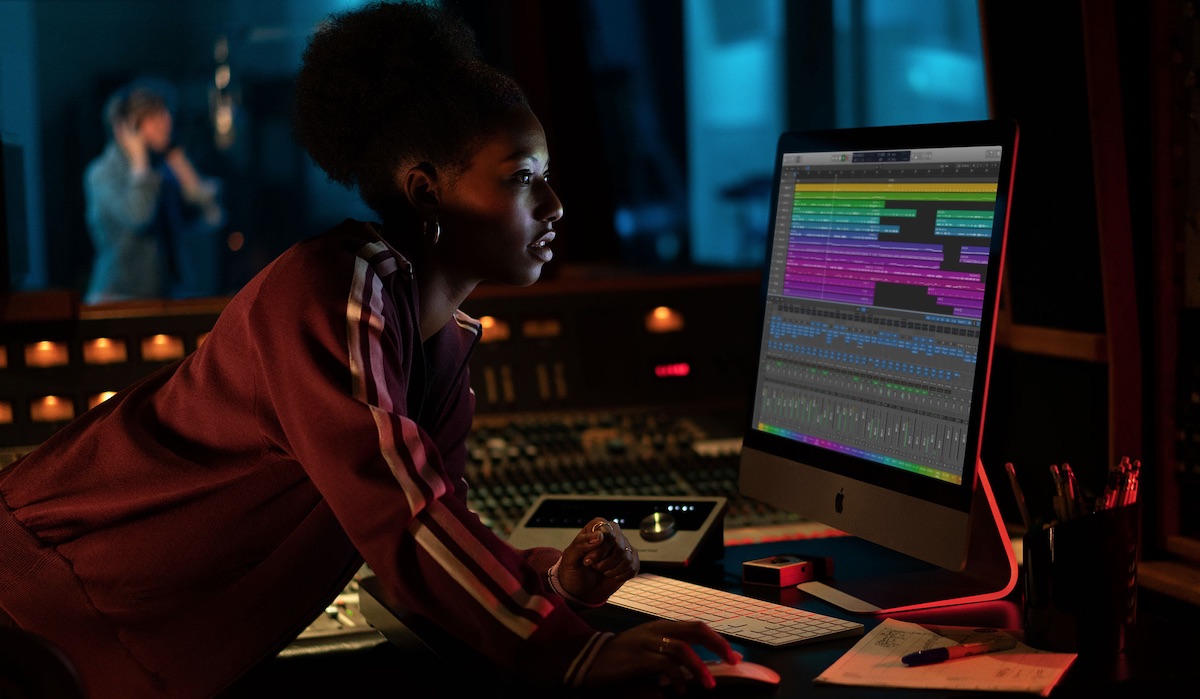 Dickson claims that the used Fusion Drive for spacious storage would be replaced with all flash storage. Apple is known for using the fastest SSDs in its products, and now that prices have reduced, they might be able to offer high capacities in iMacs. However, if they replace a 1TB Fusion Drive for a 256GB SSD, it will likely upset users.

In the current iPad Pro design, Apple increased the display by reducing its bordering bezels. Allegedly, the company is expected to push the same design language for its all-in-one desktop, by shrinking the existing 5mm edges of the display.

Since the new iPad Pro’s release, leaks assert the slim bezel design for all upcoming products. The new 13-inch MacBook Pro was also rumored to have a larger display with smaller bezels but Apple launched the device with the same old design. Thus, it must be reiterated that we can only be sure of the actual design and features when the products is officially announced.

If the alleged information holds up to be true, then it would be a major update to the Apple’s desktop line-up since March 2012. The new 2020 iMac is expected to launch at the upcoming WWDC online event on June 22 which is predominantly a software centered event.