Intel has unveiled its new 12th-generation Core H-series Alder Lake processors and claimed that they are faster than Apple’s M1 Max chip. Intel showed a “fastest mobile processor” slide which showed a selective benchmark that was carefully created to show how the new Core i9 chip is faster. However, when we dig into the details, especially the tiny footnote on the slide, it reveals the actual truth behind the claims.

Intel’s newest 12th generation Intel Core H-series processors are based on the Alder Lake platform and the Core i9-12800HK part in the benchmark features six performance and eight efficiency cores. On the other hand, the M1 Max features eight performance and two efficiency cores. This gives the Core i9 more cores to work with, which is important when you compare a benchmark that favors multiple cores. Intel’s benchmark of choice is SPECint here.

While Intel is comparing power-performance, it has especially ignored showing performance below 35 watts for both chips, where the M1 Max chip will likely perform better than the Core i9 chip.

Intel’s Core i9 chip can also boost reach 5.0GHz frequency while using up to 115 watts. Not that this is just the power draw of the chip, and does not include graphics, which would add another 60-100 watts to the overall power draw. On the other hand, the maximum power draw for the M1 Max, including its GPU, is 90W, which means that it is unlikely that the Core i9 can provide better efficiency or battery life when a competitive dedicated GPU is added to the package.

It is also important to note that this is Intel’s own benchmark and third-party testing might reveal more about how the new chips perform in real-world testing.

Apple has also specified the use cases for M1 Max around ProRes video, Neural Engine for machine learning, efficiency, and a fast unified memory architecture that is also utilized by the GPU, which means that in certain use cases, the M1 Max would still end up being faster. 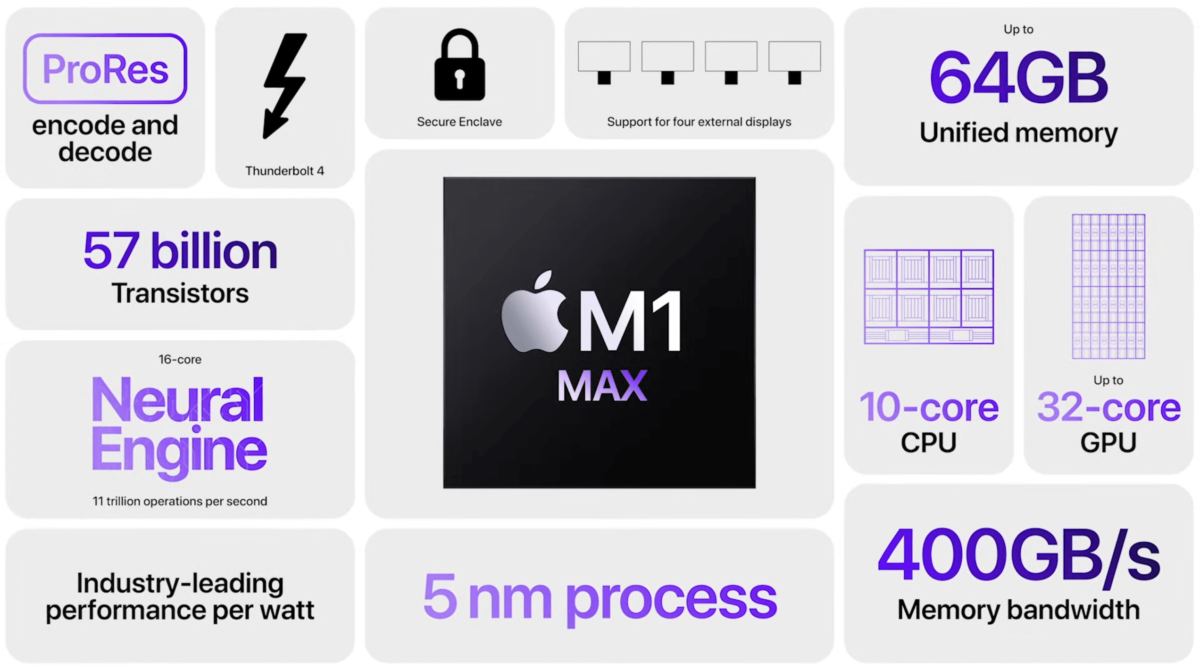 We will keep an eye out on comparisons once Intel’s new chips land in the hands of reviewers.