A MacBook owner came up with a creative way to retrofit a water-cooling system to their 15-inch Intel-based MacBook Pro, significantly boosting performance and reducing fan noise.

The MacBook Pro owner made use of parts like a Zalman radiator and reservoir from ’05, an Aquastream XT Ultra water pump, and Bitcoin ASIC miner blocks ordered from AliExpress. and the finest Italian braided hose found at Obi Schweiz to customize the system. 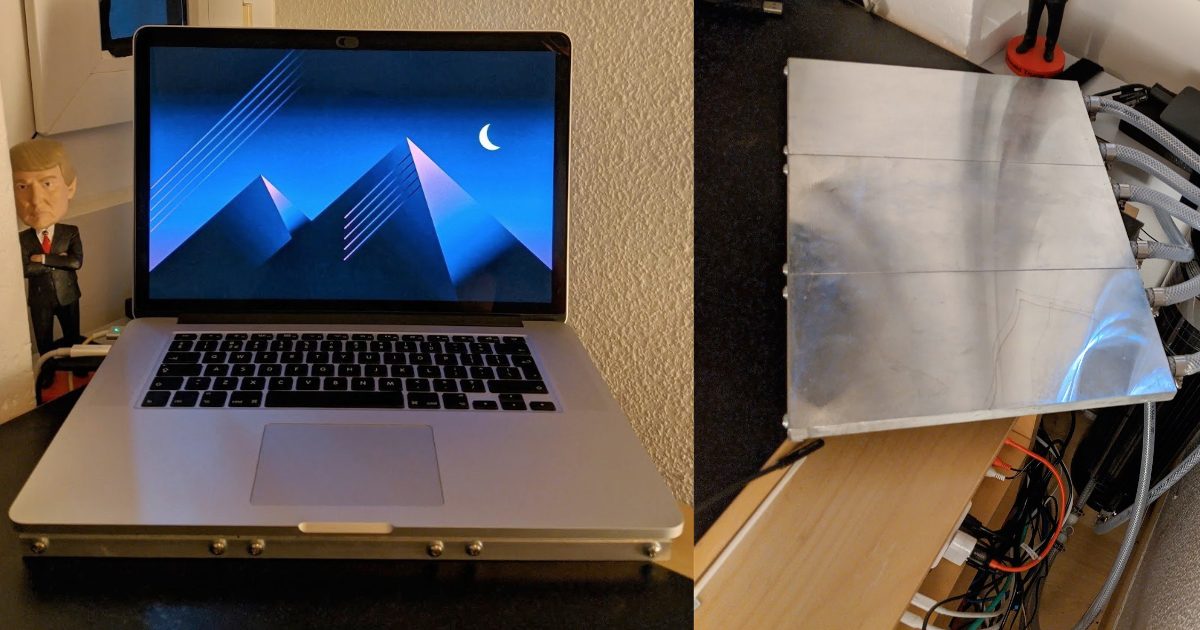 User theodric, posted on the MacRumors forum explaining that their MacBook Pro’s fans were causing extreme disruption during work. Following the release of Apple’s M1 Mac lineup, theodric not only purchased a new MacBook fanless M1 MacBook Air, but the user also decided to install a water cooling system to their Intel MacBook Pro.

Since the pump requires Windows software to set parameters, I do this with a VM on the laptop. For normal monitoring, I use an SSH one-shot to a Raspberry Pi 0W on which I have acinfo, and I simply egrep for the values I want to extract and feed them to my central monitoring system. It’s convenient that the pump is able to manage the fan on its own, since water-cooling-oriented software is non-existent for modern Macs.

The user installed high-transmissivity thermal pads between the case shell and various motherboard components to conduct heat away from the MacBook Pro and towards the water cooling system. From below, the thermal shielding from the case was removed to make sure that there is direct contact with the new cooling plates. Raspberry Pi was used for monitoring and the pump’s software was run via virtual machine because it requires Windows software to function. 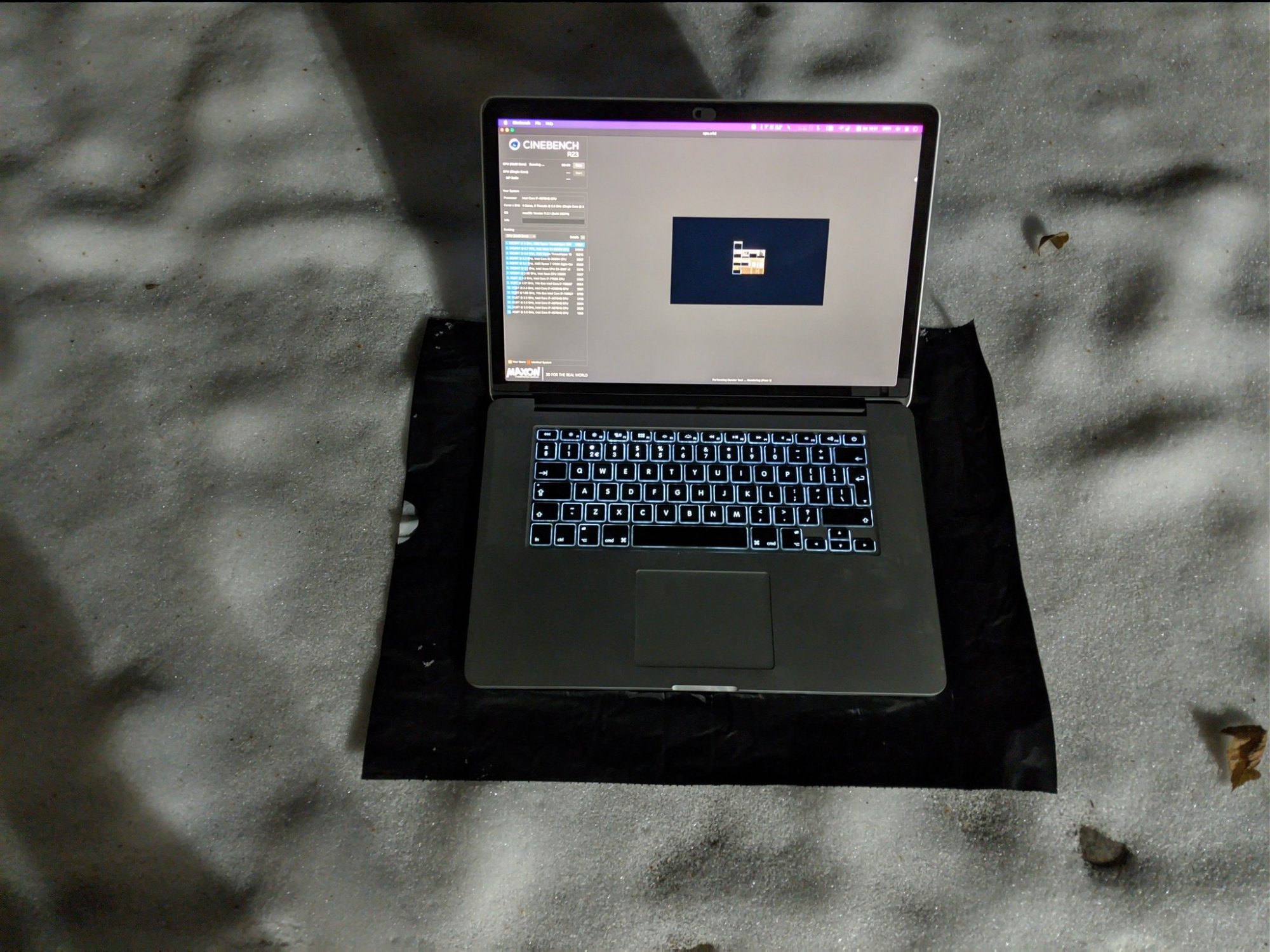 The technique and method one must follow for water-cooling a Mac seems pretty challenging. Though, with the arrival of the new Apple Silicon chips, Macs are able to run much cooler than Intel chips. It is likely that Apple will further improve the thermal performance of its MacBook lineup with future models.

Would you try this for your Intel-based MacBook Pro? Let us know in the comments below.