About two weeks ago, when everybody was talking about the iPhone 4 signal reception issue ( and still are infact ), Apple had said in an official statement that they would solve this problem with a software update. They blamed the issue on a mathematical mistake in the formula used for calculating the signal bars. Today, iOS 4.1 beta has been released to developers and looks like there are some changes to the signal bars in it. 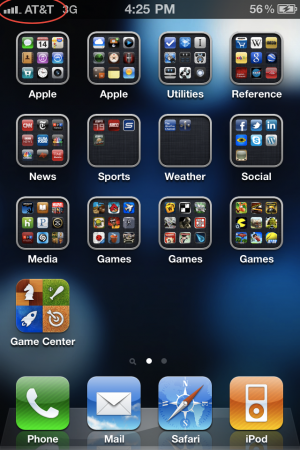 The new signal bars are looking a bit taller than the previous one which means Apple has revised the calculation formula. The modem firmware has also been changed. Previously, the modem firmware was 01.59.00 and now it is 02.07.01. We don’t know whether users are having any improvements with the death grip issue,  but it is unlikely that just a software update would solve this problem.

Currently Macrumors has reported that no change has been experienced in reception loss by users. Looks like the iPhone 4 bumper is the only available solution of this problem. Or duct tape if that’s your thing.
[via macrumors]