The newly launched Verizon CDMA iPhone 4 has been found to be running a newer version of iOS not yet found on any other device i.e iOS 4.2.5 which adds a new option to the settings menu. This new option is the “Personal Hotspot” that turns the Verizon iPhone 4 into a mobile WiFi hotspot which can connect up to 5 devices simultaneously to share its data connection. However, no official word has yet been released by Apple on releasing this newer iOS firmware for other devices such as older iPhone 4, iPhone 3GS/3G, iPod touch or the iPad. 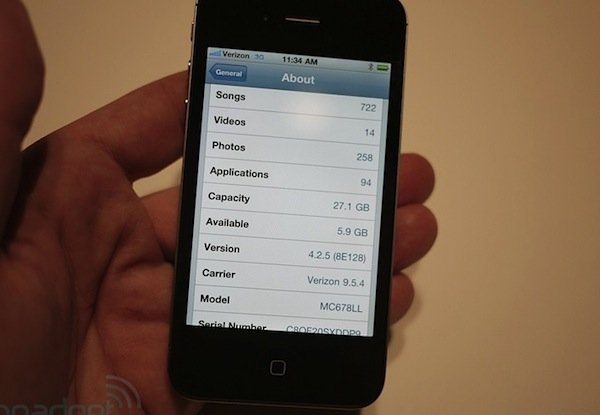 According to certain reports, a major iOS update (may even be iOS 4.3) which would include the “iTunes app subscriptions” system is already expected to be released soon along with the iPad exclusive Newspaper app “The Daily”. But for now, things are not clear about iOS 4.2.5 as well since it may either be exclusive to the Verizon CDMA iPhone 4 or may well be announced with the upcoming iPad 2. I guess we need to wait till February 10th, the official launch date for Verizon iPhone 4 to find out. Stay tuned! 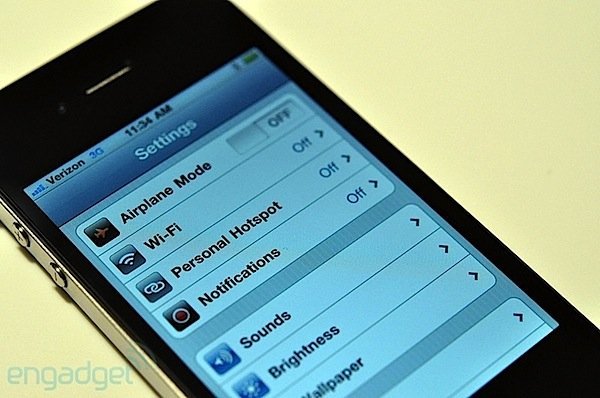