Apple has rolled out the latest iOS update, version 8.4.1 for iPhone, iPad and iPod Touch. The new incremental release ships with improvements and fixes to Apple Music and Beats 1 radio station.

Apple Music has received a lot of praise and complaints at the same time ever since its release. The new service has good content and curation but at the same time, major bugs have bothered some users, specially around iCloud Music Library and iTunes Match and how they work together. However, Apple has been hard at work at resolving these bugs and iOS 8.4.1 is a step in the right direction. With the changelog focused only on Apple Music, it is obvious that things will only improve from here onwards. The progress and updates to Apple Music on iOS 9 betas also show off the improvements. 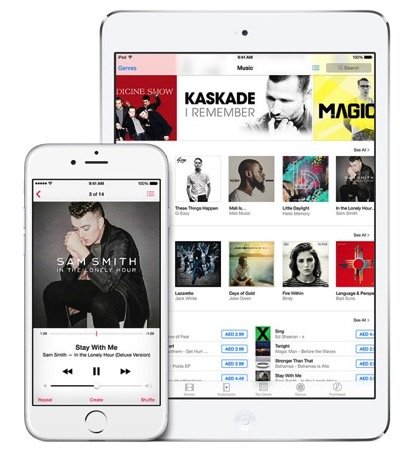 Note that iTunes 12.2.2 has also been released with Apple Music fixes and updates.

Here is the complete change log for this update:

This release includes improvements and fixes to Apple Music.

If you are using an iPhone, iPad or iPod touch which is on iOS 8.4, the update is available over the air from General > Settings > Software Update or you can connect your iOS device to iTunes to download and install the update.