Get an iOS-like Control Center on your Mac with Condori’s Command Center. Get instant access to your Mac controls, settings, and an advanced systems monitor.

While Apple has ported over a lot of features from iOS to OS X in the past, including apps, notification center, and Launchpad, they have not yet brought over the Control Center. If ever were to ever include Control Center with OS X/macOS, it would definitely look like Command Center.

Cindori’s Command Centre app allows users to adjust a multitude of settings such as screen brightness, wireless, Bluetooth and hide notifications or desktop icons. Included in the Command Centre app is a beautifully designed music controller which allows you to access music without having to switch between apps. The concise systems monitor gives you real-time statistics about your computer’s RAM, CPU, network, power usage, battery performance and more. 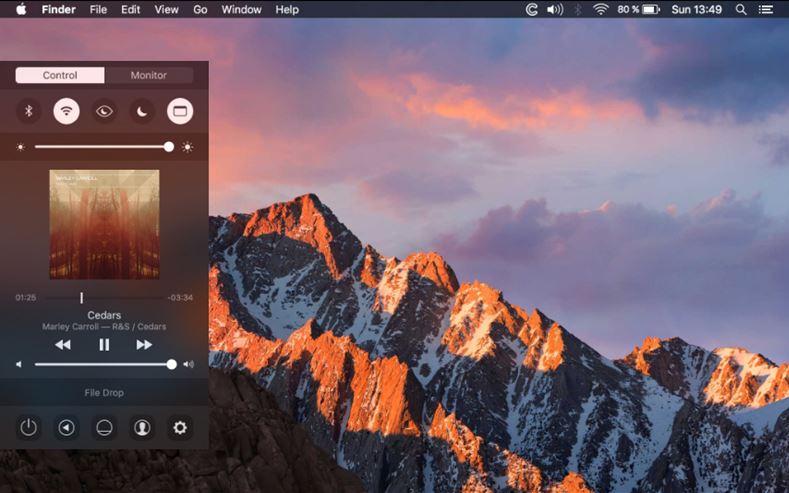 All these amazing features can be accessed simply by moving your mouse to the edge of the screen allowing you to pull up all the info you need without having to drop your active application.

If all that is not enough, the Condori Command Centre allows you to switch themes from dark to light tones to match your current OS X theme, while also offering an array of system related shortcuts such as a shutdown, reboot, sleep, log out and settings.

Condori, operated by Oskar Groth, a Swedish Computer Science graduate, developed the Command Centre app as well as other programs that help with disk drive performance (Disk Sensei) and solid state drive performance helping Mac users make the most of their products.