According to a recent report, Apple is all set to hold a media event and unveil the much rumored iPad 2 on Wednesday, March 2 in San Francisco. Apple is expected to send out media invitations to the event pretty soon though any details on announcing its next-generation iPad at the even have not yet been published. iPad 2 is expected to be much thinner and lighter with a much faster processor and more RAM alongwith a front facing camera for FaceTime video chat. 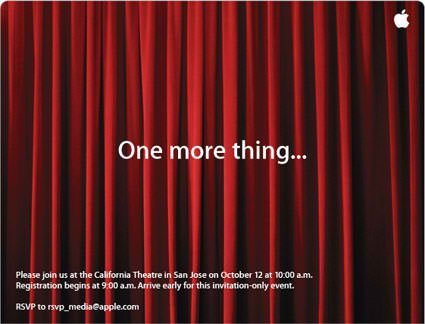 Apple will hold its much-anticipated event on March 2, where the tech giant seems poised to unveil a new version of its hugely successful iPad, according to multiple sources.

Analysts expect the iPad 2 to be thinner than its predecessor and feature an improved display, as well as front-facing camera and Facetime video chat support. And some reports suggest it will be powered by one of Qualcomm’s multimode chips and will run on both GSM and CDMA-based networks around the world.

[via All Things Digital]