Surprise! Imagine Apple saying that when they announce not the iPad 2, but the iPad 3 (or iPad HD) by the end of 2011. Yes, that’s true as reports have already started to come in regarding a big surprise being prepared by Apple, launching two iPad models within the same year in order to battle the growing competition. This obviously sounds crazy as even the iPad 2 hasn’t yet been officially announced but TechCrunch strongly believes that in September’s traditional iPod event, Apple may reveal iPad 3 with a Retina Display. 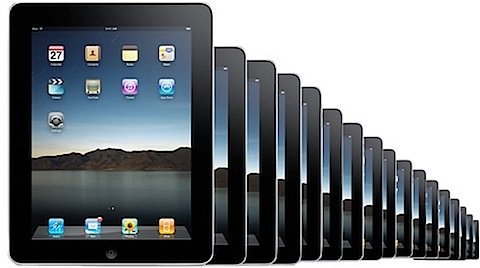 As posted on TechCrunch:

A few days ago, we heard from a very good source that Apple was assembling the pieces for a “big fall surprise”. While intriguing, that could obviously mean anything. But the “surprise” part clearly means it’s something beyond the regular iPod/iTunes (and perhaps MacBook Air) refreshes that Apple does in the fall. Still, that leaves a lot of room for guesses. An actual Apple television? iTunes in the cloud? A touchscreen iMac? Who knows?

Well, until today. We’ve now heard that this “fall surprise” is related to this would-be iPad 3. We don’t have any more concrete information beyond that. But, as of right now, the plan is apparently to release one iteration of the iPad in the next few weeks. And then blow the doors open with another new version in the fall.

Meanwhile, John Gruber from Daring Fireball has also weighed in on the idea of iPad 3 / iPad HD saying:

How could Apple release a third-generation iPad just six months or so after the second one? Maybe it won’t be an actual next generation model. Maybe it’s more like an iPad 2.5, or iPad 2 Pro — a new higher-end model that sits atop the iPad product family, not a replacement for the iPad 2 models (which, of course, haven’t even been released yet).

Or: an iPad 2 HD. What if that’s the source of the conflicting reports of a retina display next-gen iPad? I am nearly dead certain the iPad 2 is going to have the same display resolution and size as the current iPad. I am not so sure at all, though, that there won’t be a double-resolution 2048 × 1536 iPad in 2011.

Who knows what surprises Apple has actually lined up for us this year, but time will surely tell. Be sure to check out what Apple is planning for in the near future: