VLC Player for iPad has been finally approved by Apple and is now available in the App Store for free. It’s the same version of the VLC Player for Windows and Mac that we have grown to love since it plays just about every video format that you can throw at it. But does it perform as well as its desktop siblings? Read on to find out!

Is this the same VLC Player for iPad we love on Desktops?

According to folks at AppAdvice, it performs reasonably well with DivX and Xvid files as they play smoothly in their original quality. However, our initial impressions at iThinkDifferent Labs seem to differ. Among the first three sample files we tested, none of them appeared to play normally. Considering how VLC is best at what it does, this was a bit disappointing for us.

A low-resolution Xvid file played only audio but there was no video. A high resolution .mkv file was a bit overwhelming for the iPad to play as well and finally a .VOB file failed to be even recognized by VLC on iPad. Whether this is due to software issues in VLC player itself or due to iPad having underpowered hardware to play these files, we will soon find out. Supposedly it also supports a bunch of other formats, though we have not tested them yet. As for the interface, it’s pretty simple, nice and sleek!

In short, this is a great step nonetheless as Apple has finally started allowing apps which previously could never make their way to the AppStore. I’m pretty sure there’s a lot more to come in future updates to VLC Player for iPad. Also, we are hearing that an iPhone version of VLC media player is under development and will be coming soon for iPhone users. 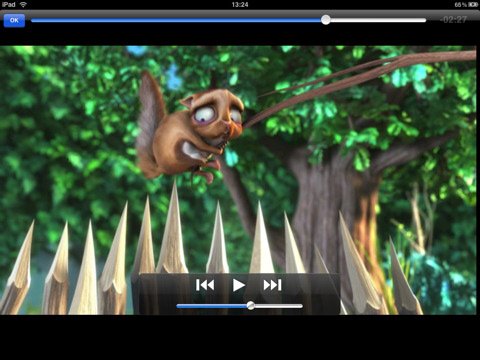