Based on the installed base, Counterpoint Research found that iPhone 12 has higher active users in Q1, 2021 than iPhone 11 had in Q1, 2020. The research firm explaining that “unlike sales or shipments data, the installed base figure tells us about the number of units of a product actually in use.”

An analytical report revealed that all four models of the new flagship series accounted for 61% of iPhone sales in the U.S in Q2, 2021. And the lower-tier iPhone 11 models accounted for 24% of sales.

At the Q2, 2021 earnings call, Apple’s CEO Tim Cook reported that iPhone sales grew by 66% which generated $47,938 million for the same quarter in 2020. He accredited the popularity of the new iPhone series with upgraders and new customers because of its advanced processor, 5G network, camera, and other features. He went on to say that the 6.1-inch (base model) was the most popular. But these figures are for Q2, 2021, so the new install-based study gives an insight into the latest smartphone series’ popularity in Q1 of 2021. 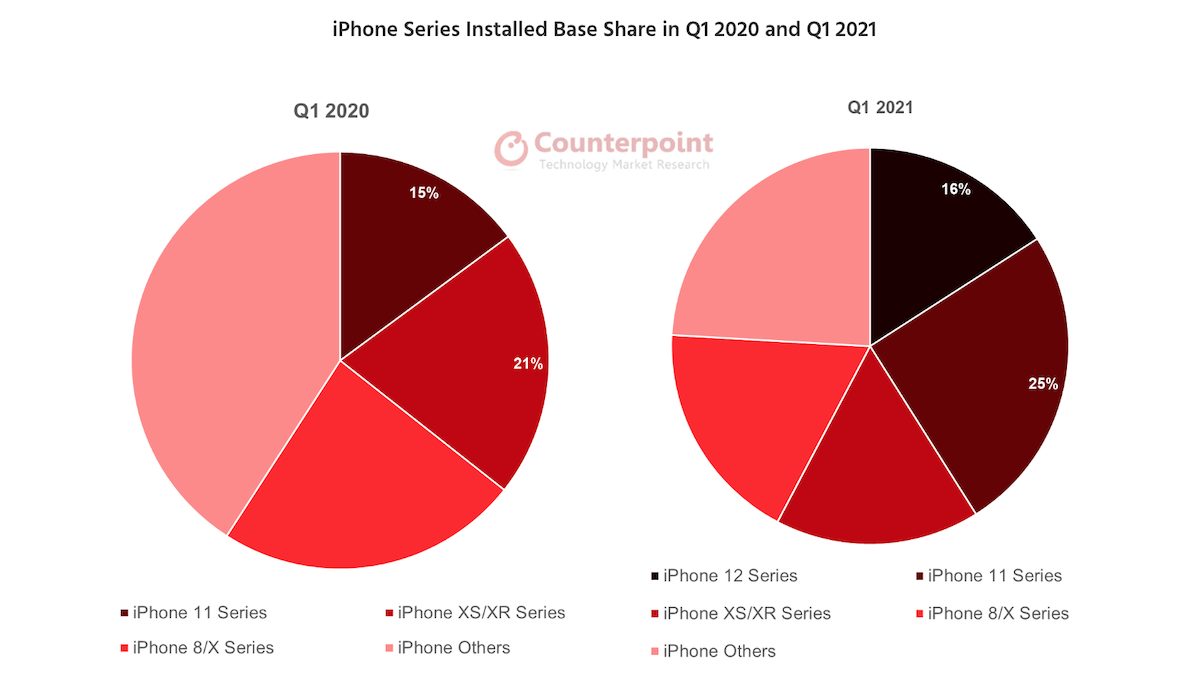 It is reported that “iPhone’s installed base increased by only 2% in Q1 2021 compared to Q1 2020.” Therefore, despite the later launch and competition with lower-tier iPhone models, iPhone 12 has better sales than iPhone 11 for the same quarter the previous year. 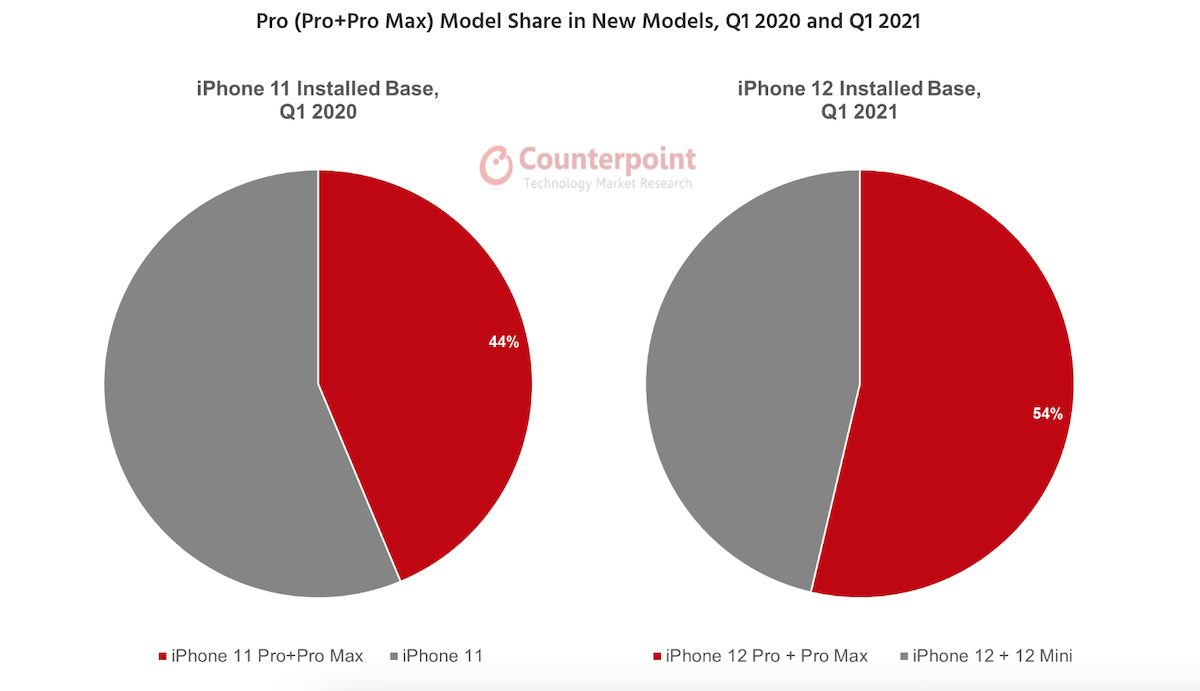 In addition, the sales of iPhone 12 Pro models were better in Q1, 2021 than iPhone 11 Pro models in the same quarter previous year. The advanced tech and the bigger size of the Pro Max model of the current flagship series attracted consumers.

Having said that, it is explained that due to relatively small numbers of SKUs and long product life cycle, the older iPhone models rank on top and the new models do not. Even then, the “iPhone 12 and 12 Pro Max in the top 10 list in Q1 2021, while only the iPhone 11 was in the top 10 list of Q1 2020.”