Did you think Apple had stepped up their security of future devices after the iPhone 4 got leaked by Gizmodo just about a year ago? You may be wrong. A new video has just been posted to the internet claiming it unboxes the iPhone 5. 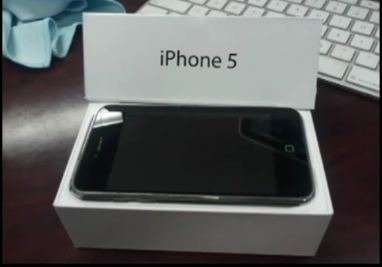 The video is uploaded by iPhone InvisibleShield makers called ZAGG. You can view the full unboxing video below.

According to the video, the phone has a larger display as expected and is much thinner. It also.. let’s just not take the fun away, watch the video yourself here:

Gotcha there! This video is obviously fake, but it’ll probably keep our hopes up until the next generation iPhone is actually unveiled.

The real iPhone 5 will (hopefully) look better. It is expected to have an A5 chip, larger display and a thinner bezel. The device will probably be unveiled this month or maybe next month. Many reports indicate that the iPhone 5 will launch in September, while others claim the release date to be in October.