Apple Arcade has announced that the ‘LEGO Star Wars Battles’ game will be arriving soon on gaming service. The upcoming game will join more than 200 games on Apple Arcade which offer an enjoyable gaming experience without ads and in-app purchases. 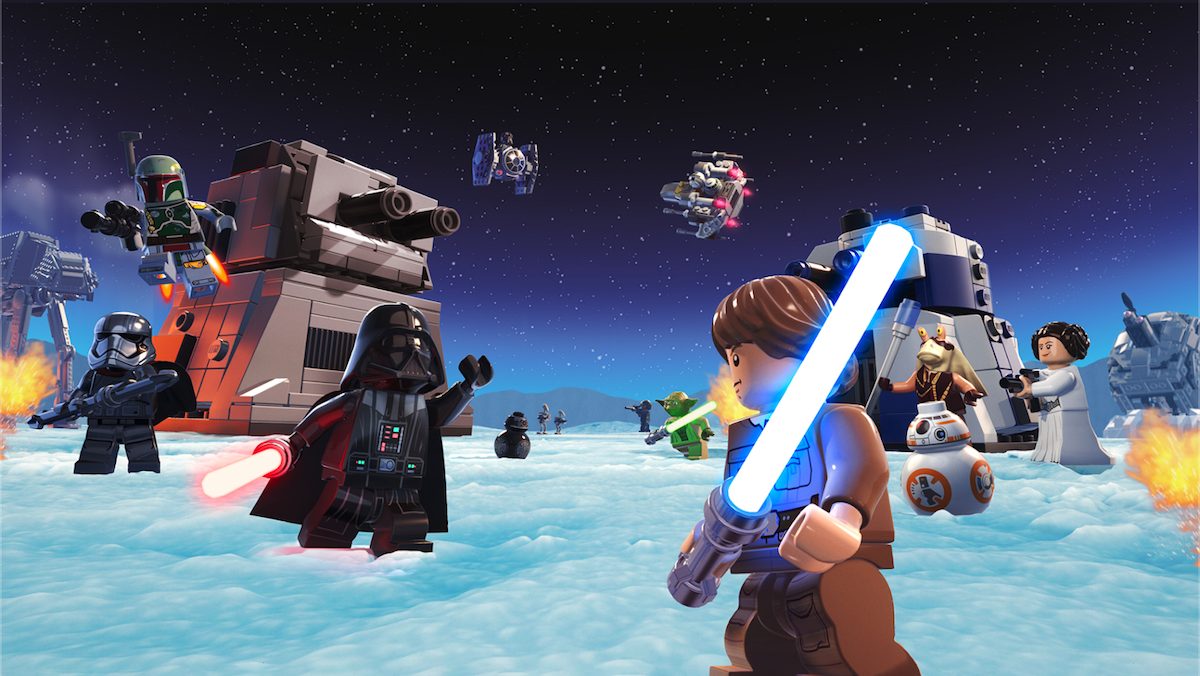 Recently, the service launched Tetris Beat and Baldos Tale and has announced that “Castlevania: Grimoire of Souls” by KONAMI, “MasterChef: Let’s Cook” by Tilting Point, and “Layton’s Mystery Journey+” by Level-5 will be coming soon.

The upcoming Apple Arcade game brings LEGO characters in exciting gameplay set in the Star Wars universe to master both sides of the force, build LEGO towers, increase power and level up by collecting and upgrading vehicles, use unique abilities like Darth Vader’s Force slam, and explore the galaxy-inspired by iconic Star Wars sites like Naboo, Geonosis, and Hoth.

What happens when an Ewok takes on a Tusken Raider? Can a flock of porgs tackle a stormtrooper in a standoff? Could Chewbacca go toe-to-toe with Boba Fett? Who would win in a showdown between Yoda and Darth Vader?

Collect and upgrade LEGO Star Wars characters, troops, and vehicles and craft formidable light and dark side armies. Build LEGO towers on the battlefield and develop a strategy to attack, defend, and capture territory as you push towards the enemy base to claim victory! Download this exciting LEGO game that brings together every era of Star Wars™ storytelling in a tower defense style.

Apple Arcade is available across Apple devices for $4.99 per month with a 30 day free trial period. LEGO Star Wars Battles will also available on App Store to download. With controller support, Apple TV users can enjoy games on a big screen for good family or friends times.