In the process of updating nearly all of its Creative Cloud apps, Adobe’s recent updates to Lightroom CC and Photoshop CC on iPad have made it easier to move images between the two apps, making the editing process of images a lot smoother. Previously, this editing feature was been available in the PC version of Lightroom and Photoshop and is finally available on iPad.

With a healthy amount of users relying on using Photoshop and Lightroom together on their desktop to edit their images, Adobe has decided to offer greater integration between the two apps on the iPad. With this new update, users can move large sets of images between Lightroom and Photoshop with ease.

For the first time, Adobe has released an integrated version of both the apps. Here is a list of everything new in the update.

Though is importing and exporting images between both apps was possible before this update, the process was not as seamless as it is now. You can learn more about linked editing and all the new features included in the update, on Adobe’s blog.

Furthermore, a new Adobe Capture extension to desktop Photoshop will bring the capabilities of the Adobe Camera app to the desktop for features like pattern creation. 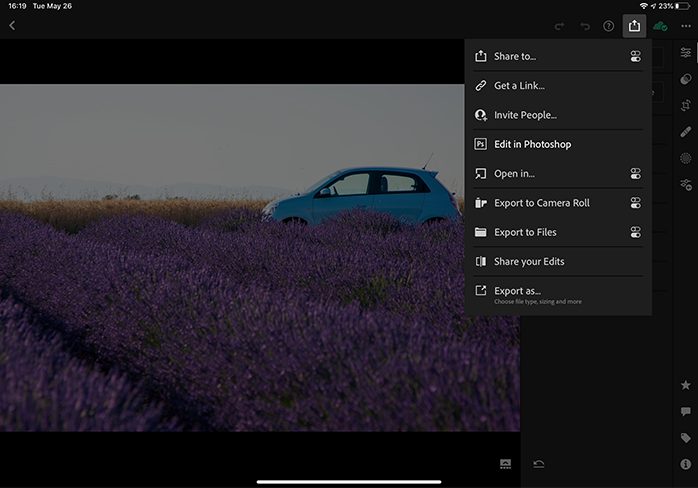 Besides linked editing with Photoshop, Adobe has released other new features for Lightroom app in the recent update. The app is gaining a Share Edits feature and the ability to add watermarks on their photos.

The Share edits capability will enable users to perform the following tasks:

You can get an Adobe Creative Cloud subscription for $52.99 USD. If you just want access to Lightroom and Photoshop, you can pay $9.99 a month for that subscription.