The Cupertino tech giant introduced its custom Apple Silicon in another Mac model recently, the new 24-inch M1 iMac. And to give us an insight into its components, their layout, and more, teardown expert iFixit took the M1 iMac apart.

The engineers selected mid-tier M1 iMac with an 8-core CPU, 8-core GPU, 16-core Neural Engine and 8GB of unified memory, and 256 GB of SSD storage. They choose the system in Purple and their first impression of the computer is that it is very much like an iPad because of its amazingly 11.5mm thin design, “The M1 iMac is two iPads thin—not deep enough for a headphone jack, so iMac turned its jack sideways to fit.” Here are the details of the teardown. 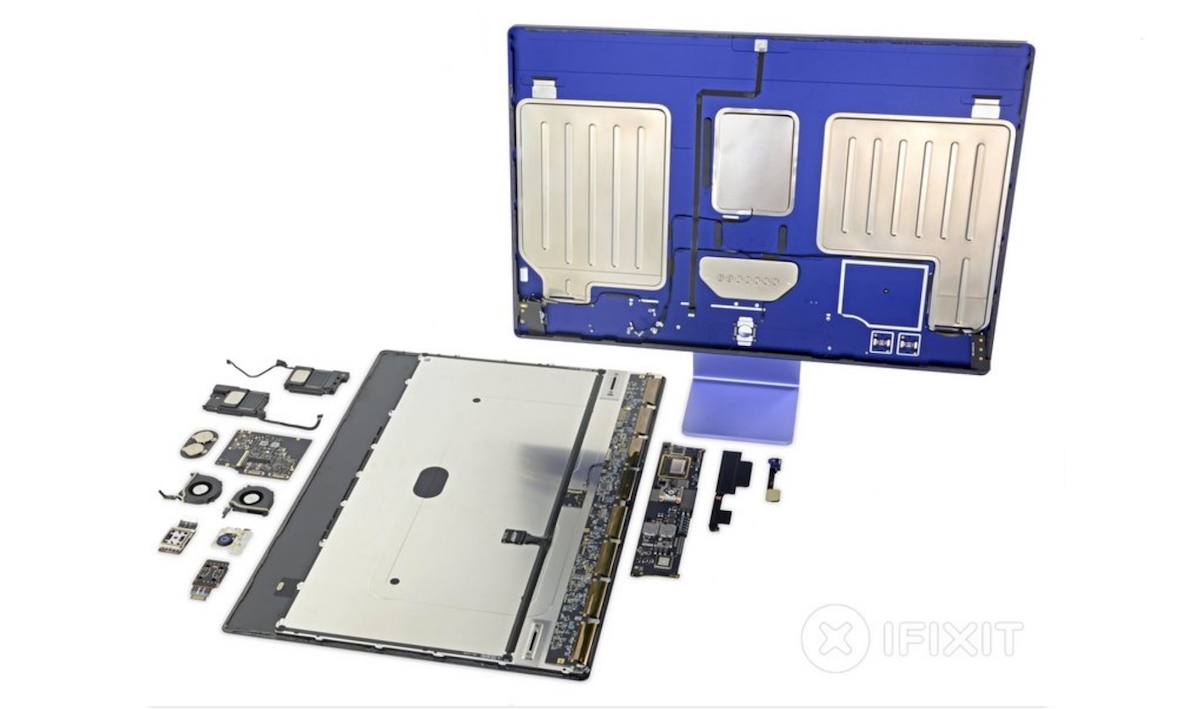 The foot of the computer features its model number: A2438, and EMC 3663 with the new caption “Made in Thailand.” Previous iMac models were assembled in China but this new caption shows that the Cupertino tech giant is gradually shifting its assembly units out of the country due to human rights and tariff issues.

Moving on, the X-ray of the new M1 iMac revealed that the interior is dominated by two metal plates, the Apple logo houses some antenna hardware that is no longer shaped like an apple, and “almost all of the silicon is concentrated into narrow horizontal strips at the top (the display board) and bottom (main logic board).” 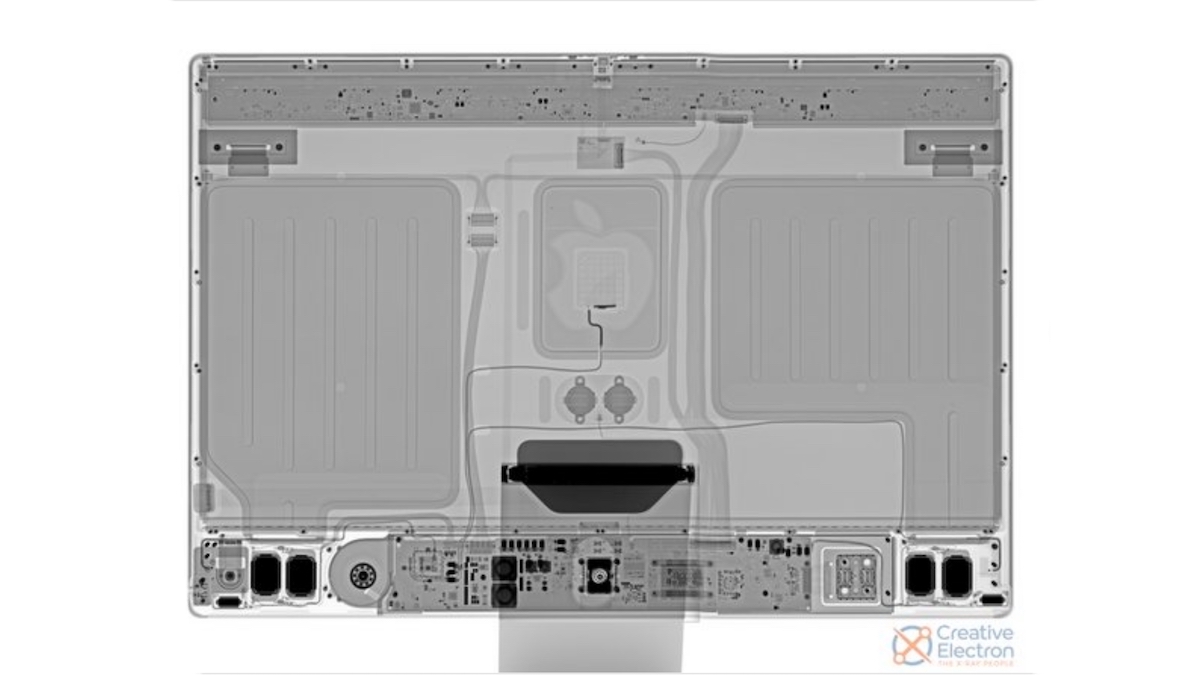 In the big chin of the computer, Apple has housed the smalled iMac logic board yet because of M1 SoC chip. Its logic board of the same size as the M1 Macbook Air (2020) but has two fans for active cooling, “each fan blows inward across the logic board, where the heatsink draws heat away from the M1 with a copper heat pipe and two short heatsinks.”

One one side of the logic board is equipped with

The flip side of the logic board houses: 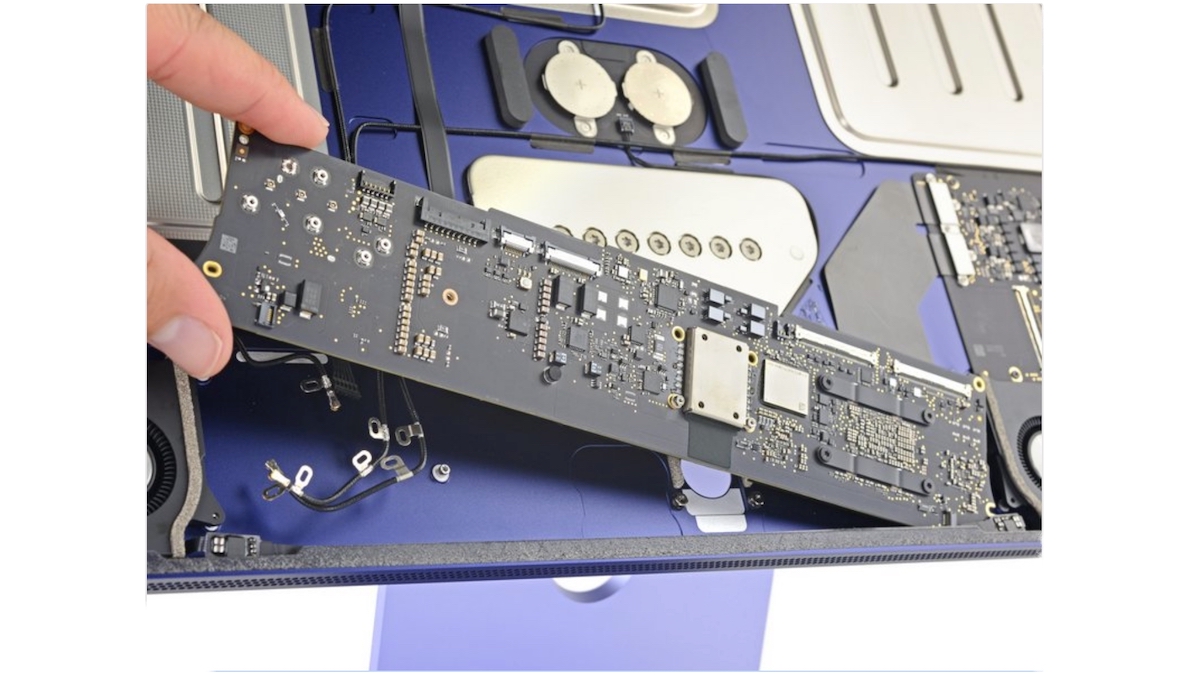 As the iMac is equipped with M1 Apple Silicon, here are the chip’s components from the MacBook Air’s teardown.

Apple is known for its attention to detail, which is evident in the color match accessories, cable, and also packaging. But the color matching did not stop there, the company has also color-matched internal ports. The color-matched USB-C boards are detachable for easy replacement.

The speakers are 1.5 mm thin and loud, “their sprawling surface area equates to quite a lot of internal volume, and therefore more air, and fuller sound. Pretty nifty use of what might otherwise be empty space!” And two studio-quality microphones are placed on top of the screen and one near the camera. 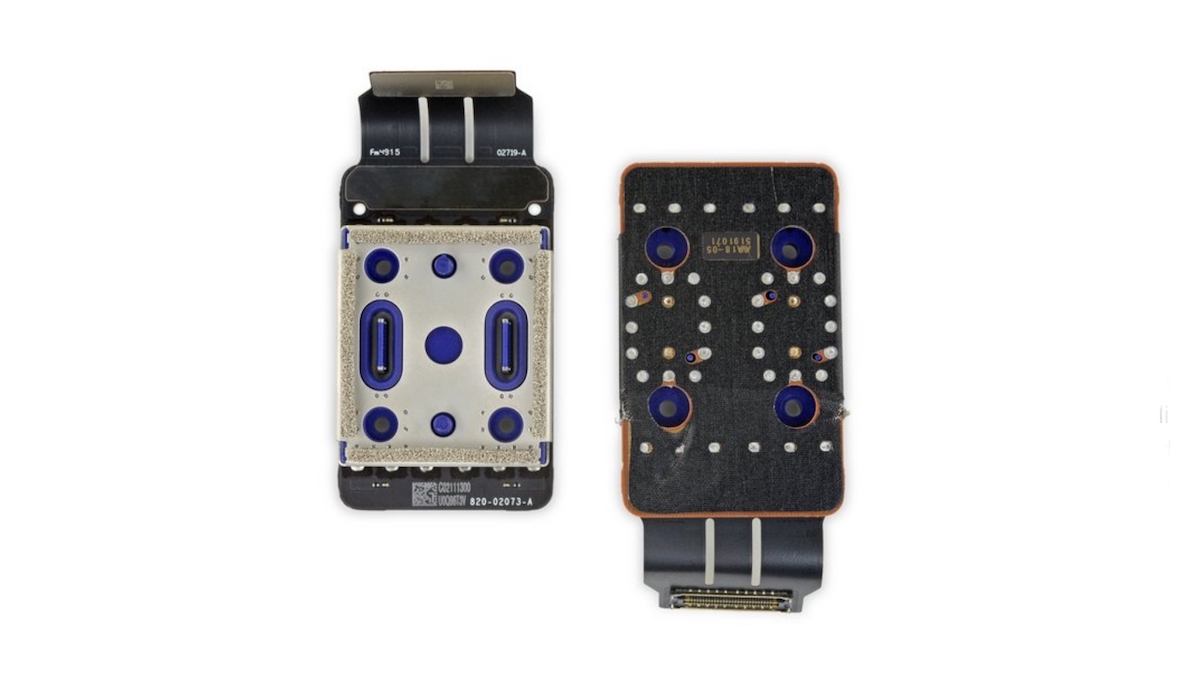 iFixit has given the computer a poor repairability score of 2, 10 is the easiest because some components can not be replaced easily.