When rumors of Apple’s over-ear headphones were just starting to surface, a report suggested that the tech giant was hoping to create an interchangeable design that would allow customers the ability to fully customize their headphones by swapping headphones, ear cushions, and more.

According to a recent teardown video of Apple’s new AirPods Max, it seems that it is possible to remove the headband of the headphones with a standard SIM card ejector tool. This discovery could potentially make the headphones much more appealing to consumers if they can be fully customized to achieve a different colorway. 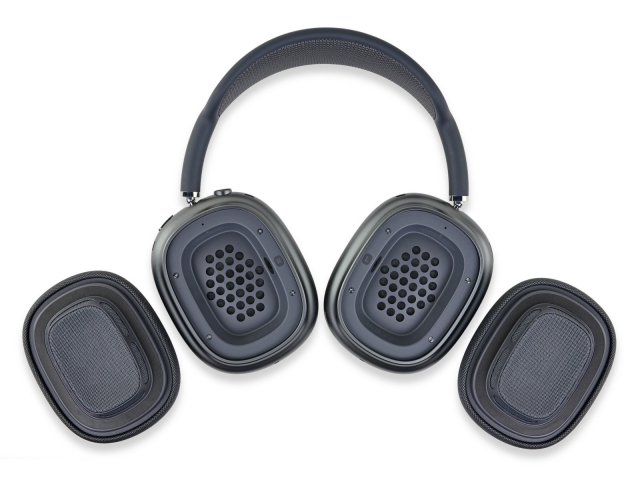 When AirPods Max finally arrived with only 5 different color options, Bloomberg’s Mark Gurman revealed that Apple had “scaled back some of the interchangeable functionality of the headphones that were a hallmark of the initial concept.” However, now that iFixit has completed its teardown of AirPods Max, it seems that the headband of the device could be interchangeable.

The iFixit team has just discovered that AirPods Max are designed to allow the headband to be separated from the earcups. Users simply need to remove the magnetic ear cushions, fold the earcups flat, and insert a SIM card ejector tool into a small hole above the speaker.

“Here’s the trick, and the best part: despite the joint’s complexity, you can detach the entire headband from AirPods Max with just a SIM card removal tool or paperclip, without even opening the ear cup.

When fully assembled, a little poke in just the right place compresses two tiny springs inside the joint, freeing the clamp that secures the headband.” 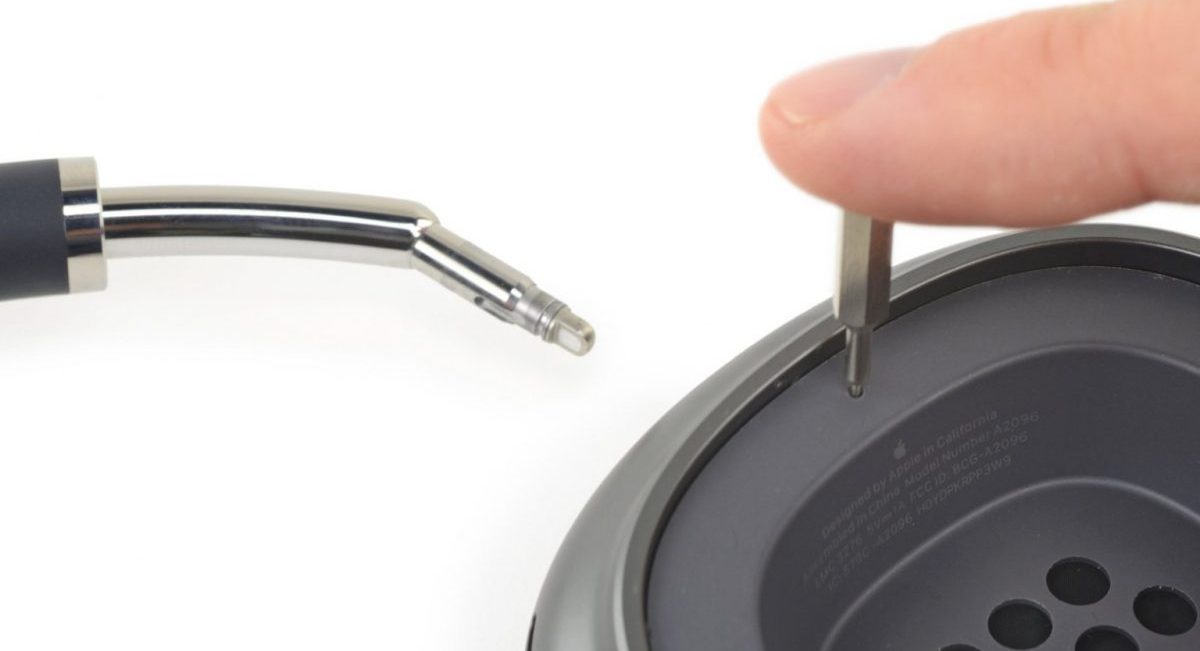 iFixit suggests that Apple could have “put this tiny hole here with repair in mind,” but it’s more likely that this is leftover from Apple’s plan to allow users to choose their own combination of a headband and earpad colors upon launch.

In related news, 9to5mac also recently discovered that iOS devices are capable of seeing what “headband type” AirPods Max are using, this could be used to correctly display AirPods Max in the UI. The change could have been put in place for future releases of new headbands.