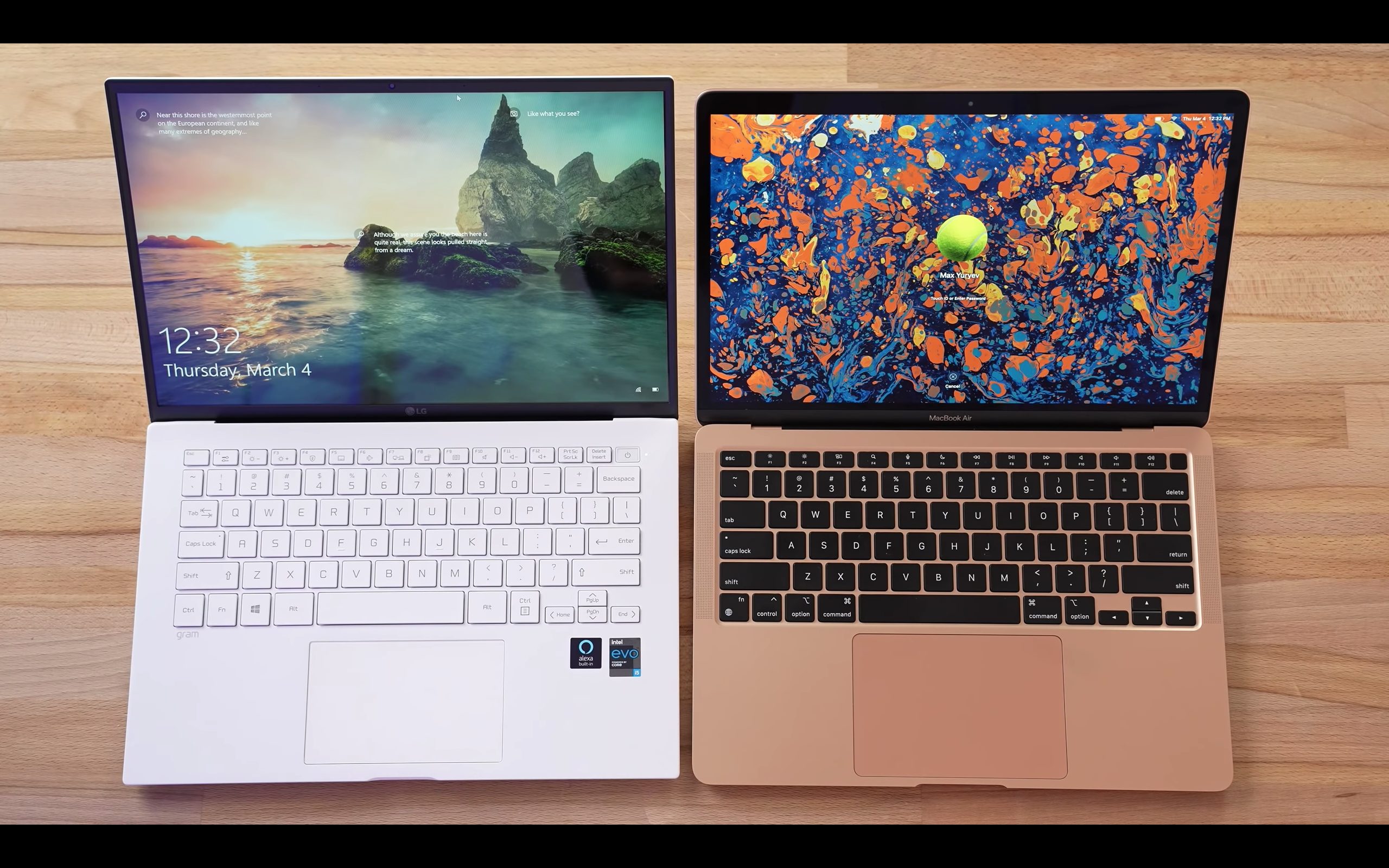 The M1 MacBook Air (MMA) weighs more than the LG Gram (LGG), but there is a lot more flex in the plastically LG body which affects the usability of its trackpad and keyboard. The thickness of both laptops is almost the same but the LG Gram has the advantage of more ports with HDMI, 2 Thunderbolt 4 ports, 2 USB ports, micro SD card reader, and headphone jack. Whereas, MacBook Air only has two Thunderbolt ports and a headphone jack. 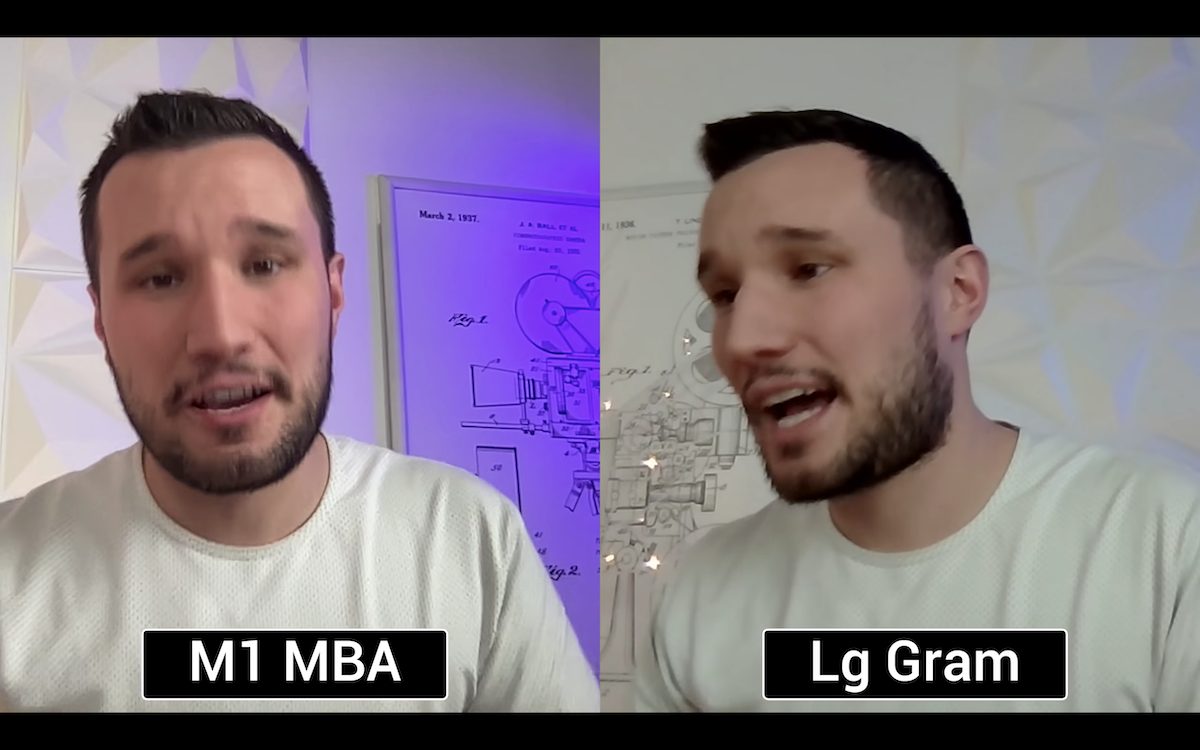 The display resolution of 13.3-inch M1 MacBook Air is sharper with 4.1 million pixels than the 14-inch LG Gram 2.3 million pixels. Comparing contrasts of the laptops, M1 has deeper blacks, colors are richer, and it features better color accuracy. 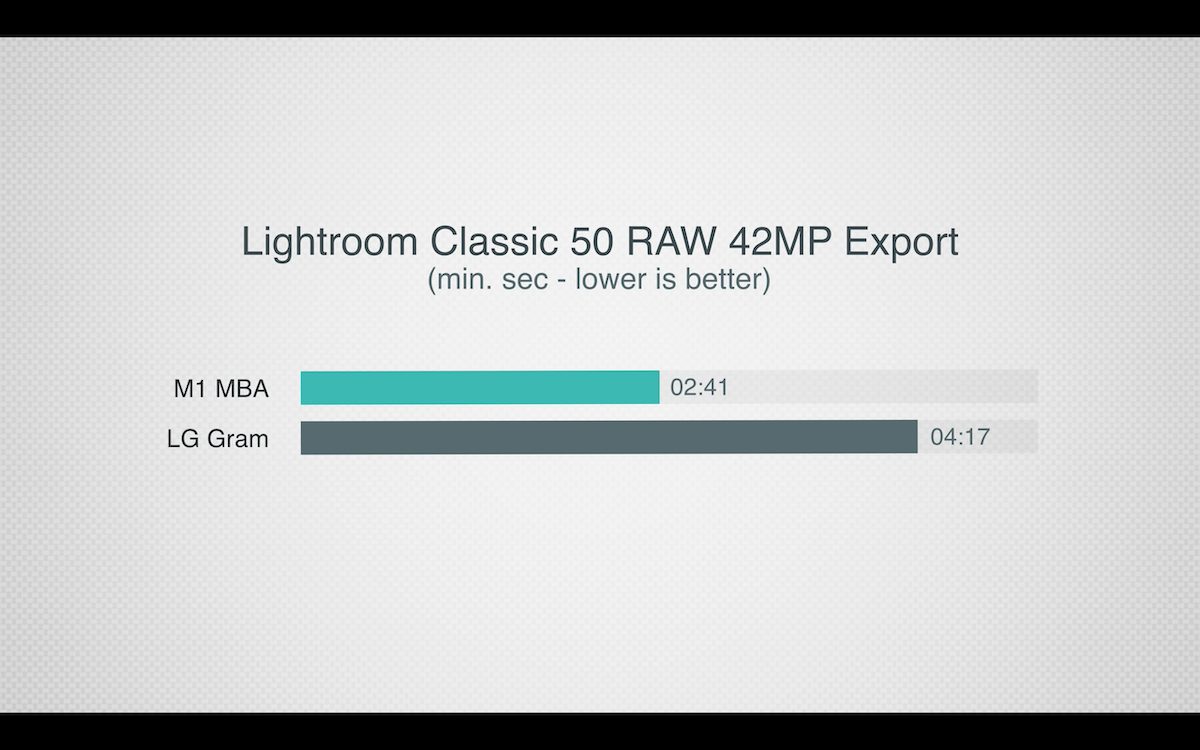 Thermal on the LG Gram with a fan was higher than the fanless M1 MacBook Air, even in the Stress Thermal testing. The 4K photos and video editing and export times on the Apple Silicon MacBook Air were quick, and without latency. Therefore, the final verdict was that M1 MacBook Air wins hands down. Check the complete video here.