As per the latest benchmarks that have surfaced on Geekbench, the base model M1 MacBook Air outperforms the 16-inch MacBook Pro that is powered by an Intel chip. Other benchmarks have also appeared from the new M1 MacBook Pro and M1 Mac mini, which also show tremendous improvements in both single-core and multi-core performance.

A lot of people had been questioning Apple’s numbers and labeling them as marketing mumbo-jumbo even before the event ended. As per Apple’s numbers, the new custom M1 chip outperforms Intel-based processors at a much lower wattage. This is something that even AnandTech believes to be true, based on the performance numbers put out by the A14 chip in iPhone 12 and fourth-generation iPad Air.

The new MacBook Air, with its 8-core M1 chip clocked at 3.2 GHz, and 8GB RAM, has the following numbers on Geekbench: 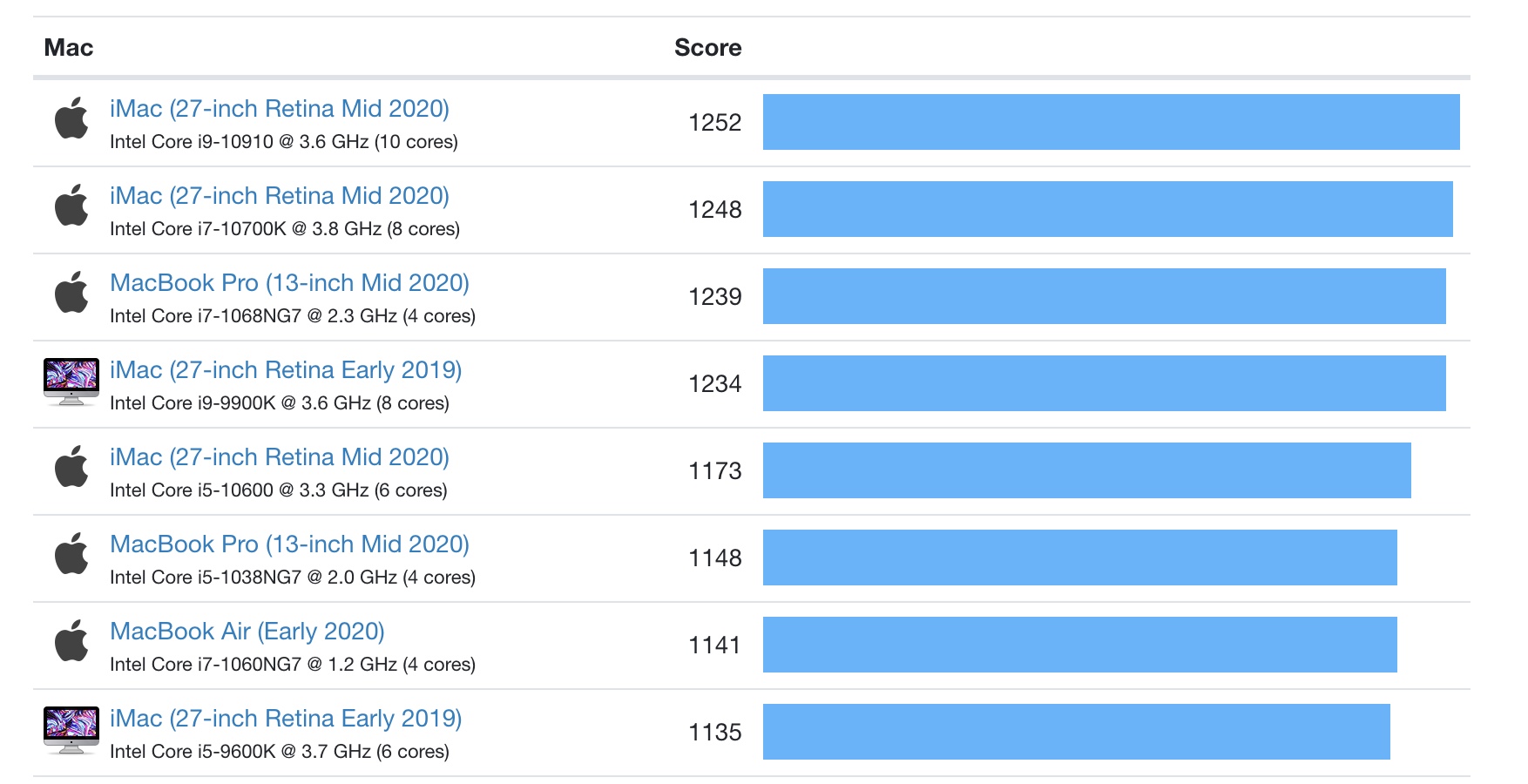 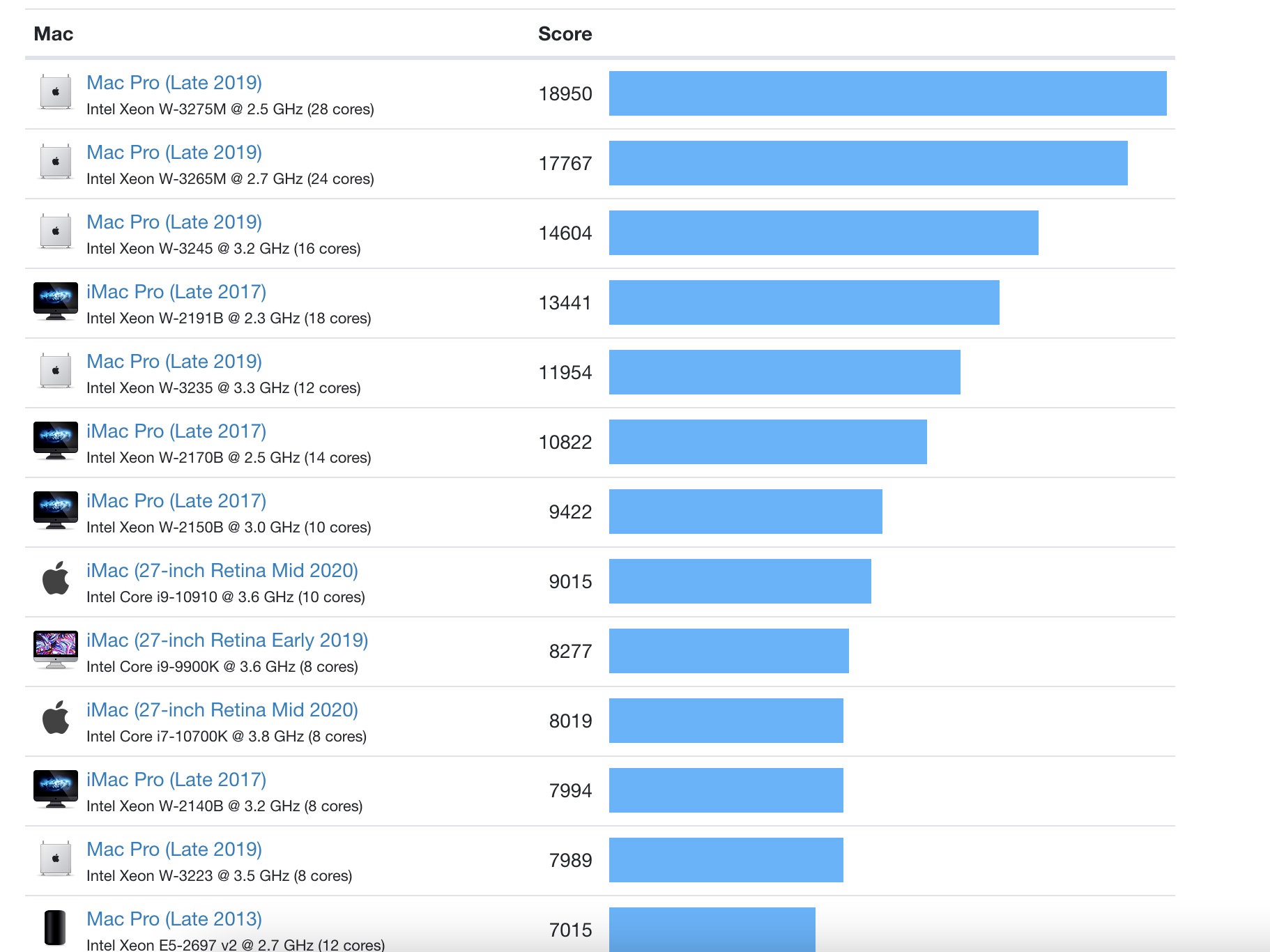 There are also scores available on Geekbench for the new 13-inch MacBook Pro, however, they are not as impressive despite featuring the same M1 chip. We will wait for more numbers to show up before judging these.

The $699 M1 Mac mini also has scores on Geekbench:

In comparison, the fastest Intel-based Mac mini, with a 6-core Core i7-8700 gets the following scores on Geekbench: