iCloud is what Apple likes to call “cloud storage done right!”. For those who have been living under a rock for the last few months, iCloud (previously MobileMe) is Apple’s cloud-based service. It was first announced on June 6, 2011, at WWDC. Currently, the service is in beta stage, open only to those who have signed up for Apple Developer’s program, a subscription based membership which costs $99 a year bringing you exclusive access to all the beta releases related to Mac and iOS along with tons of developer only goodies.

iCloud lets you store your data, music, photos, applications emails, contacts & calendars on the cloud and access / sync all those  to multiple devices such as iPhones, iPads as well as Mac OS X and now even Windows computers. While the general public is still waiting for iCloud to be released this fall, all those who either have an Apple Developer’s program membership or have their iOS device UDIDs registered with some relative or friend’s developer account, are already enjoying iCloud services using iOS 5 beta developer’s previews on their iPhones, iPods and iPads which is fully integrates Apple’s iCloud computing.

Using an iOS 5 beta gives you access to iCloud services such as a complete iOS device backup and restore (including all the settings and apps), iCloud email, photo stream, contacts, calendars and other data storage & sync of upto 5GB for FREE. Since iCloud also supports Mac OS X Lion, developer’s who have access to Lion 10.7.2 beta update and iCloud beta 6 can now manage their iCloud account and storage right from their Mac computers. Below is a brief overview of how its done on a computer running OS X Lion:

Go to System Preferences and under the Internet & Wireless tab, you’ll be able to see “iCloud” now replacing the older MobileMe. 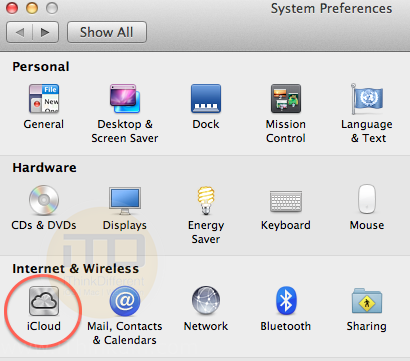 Clicking on iCloud takes you to your Apple ID connected with your iCloud account. Here you can setup the options you want to sync with your Mac computer, most of them already being synced with an  iOS 5 device. 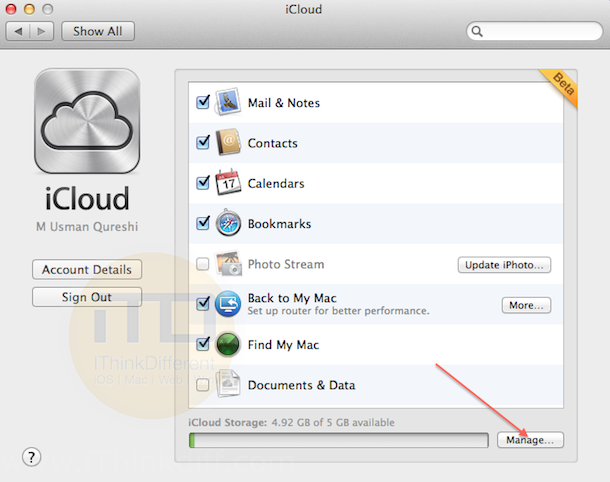 You can manage your iCloud storage by clicking the Manage.. button. This will show you the remaining space available in your current iCloud storage plan. You can view your recent device backups, manage them or simply delete the old ones to free up some space. 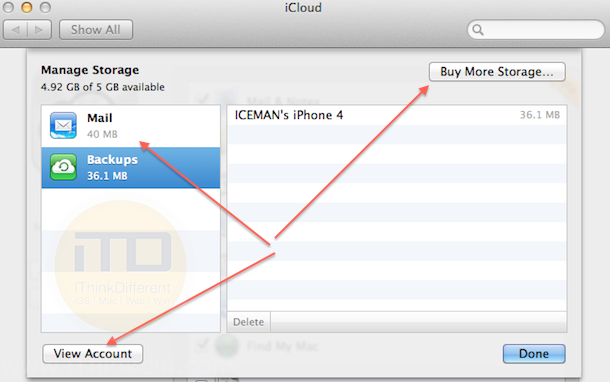 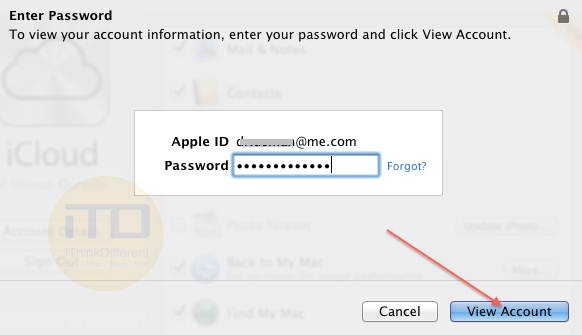 As unveiled by Apple earlier this week, iCloud storage can be upgraded to one of the following plans. 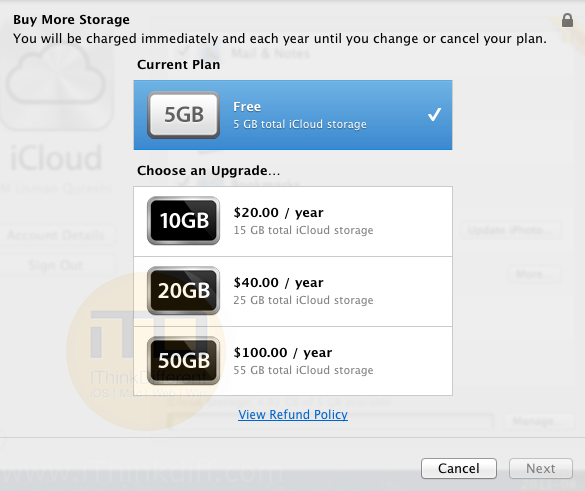 I’ve been one of the lucky ones to get my hands on iCloud beta services on both iOS 5 and Mac OS X Lion & I must say, this is simply the most amazing multi-platform implementation of cloud computing man has ever seen. To say the least, Apple has simply swept away the competition here, yet again!