The famous Twitter client, MetroTwit has been updated with new features and some interface changes for the launch of Windows 8. Inspired by the Windows 8 modern UI (formally Metro), MetroTwit showcases the best that Windows 8 has to offer. MetroTwit app was first released for Windows 8 Preview Version in Windows Store back in June and it proved to be an extremely popular twitter client. 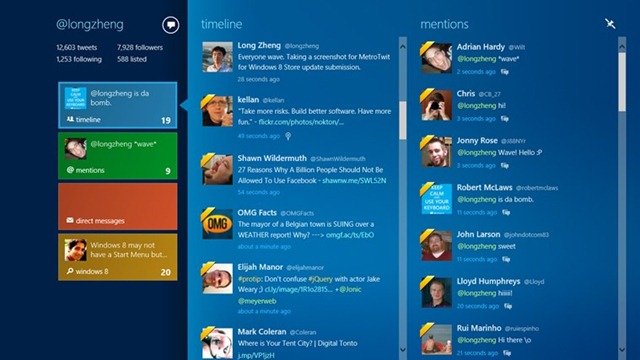 The new version of app sheds the preview tag and is packed with many features like Twitter streaming, lists support, inline media previews, geolocation support and much more. MetroTwit app for Windows 8 now includes an in-app browser so you can view web links right in the app. The free version of MetroTwit offers a ton of features which should be more than enough for the average user. Some features like support for multiple accounts and elimination of ads are available in the Pro version only. 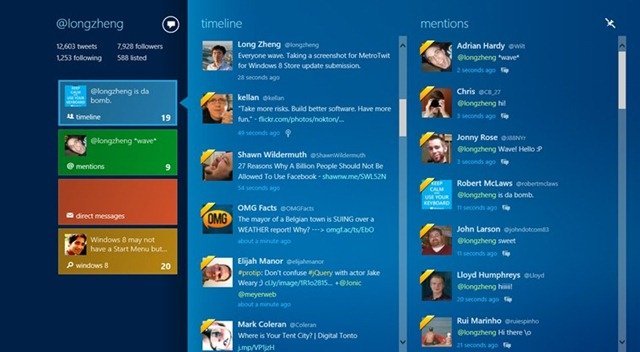 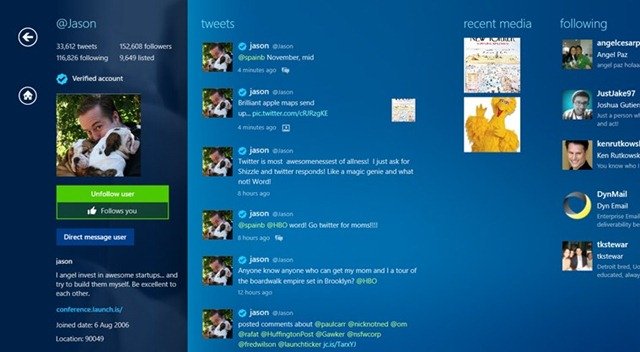