Microsoft Kinect has been hacked by developer Chris Rojas who utilizes the distance data to render objects in neon cubes, such that, the size of the cube depends on the object’s distance from the Kinect sensor. 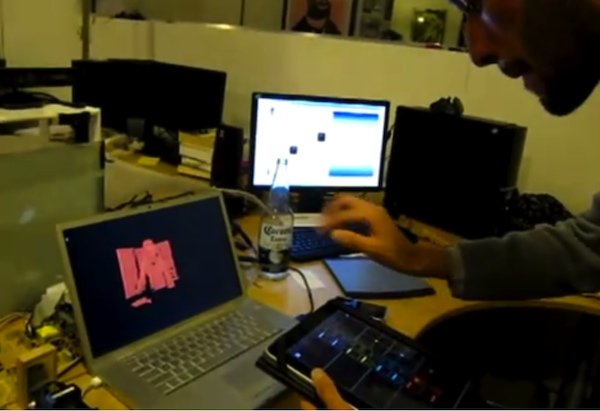 To make things really intriguing, Chris hooked this up to an app called TouchOSC on his iPad with which he had the option to define the various “planes of interest” by means of sliders. The iPad accelerometer also came in handy which he used to zoom and pan the virtual camera.

What actually can be achieved when the whole Kinect motion sensor + iPad accelerometer combo has been brought together, can be seen in the following video:

Microsoft hasn’t made Kinect compatible with Windows PCs just yet but hackers out there have been coming up with amazing proof of concept ideas and hacks that we can’t help but be impressed! We hope that Microsoft is watching and has full Windows support and compatibility in the works because we can see a lot of practical uses for Kinect in different industries as well as allow developers to create interesting new human computer interaction models.

So, what do you think is next? Let go of any wild ideas you may have in the comments section below!

Yesterday, we wrote about a cool Kinect hack which created an amazing puppet show while connected to a laptop. Check it out as well!