Avatar Kinect for Xbox Live will be launched on July 27, by Microsoft.

Avatar Kinect was first introduced by Steve Ballmer during CES this year. At the time, not much information was released on the release dates, although Steve Ballmer did say it would launch “later this spring”. However, WinRumors reports that Microsoft may be launching the product by the end of this month. 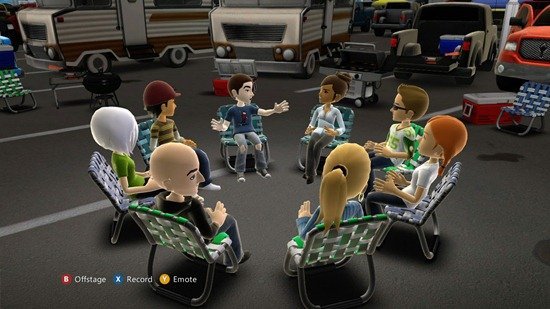 Avatar Kinect will allow users to chat and interact with each other in a whole new way. People can choose different scenes to interact with each other, once chosen they can invite up to eight people to chat and have fun with. Avatar Kinect recognizes facial expressions such as eyebrow and lip movements and translates them to your avatar on your Xbox.

Avatar Kinect will launch in Kinect Fun Labs, which is where Microsoft will bring new (mostly free) fun applications for Kinect. First launched in June, it was released with four applications, which includes the famous KinectMe that looks at your facial features and creates an avatar based on your face and clothes.