Microsoft has announced it will be bringing out the new Outlook for Mac in October, with macOS users set to receive an updated experience and a major redesign of the mail application.

In November, Microsoft teased an overhaul of Outlook for Mac, but released it only to testers of its “Fast Ring beta program.” Now after ten months, Microsoft is making the refreshed Outlook for Mac available to users, after receiving customer feedback. 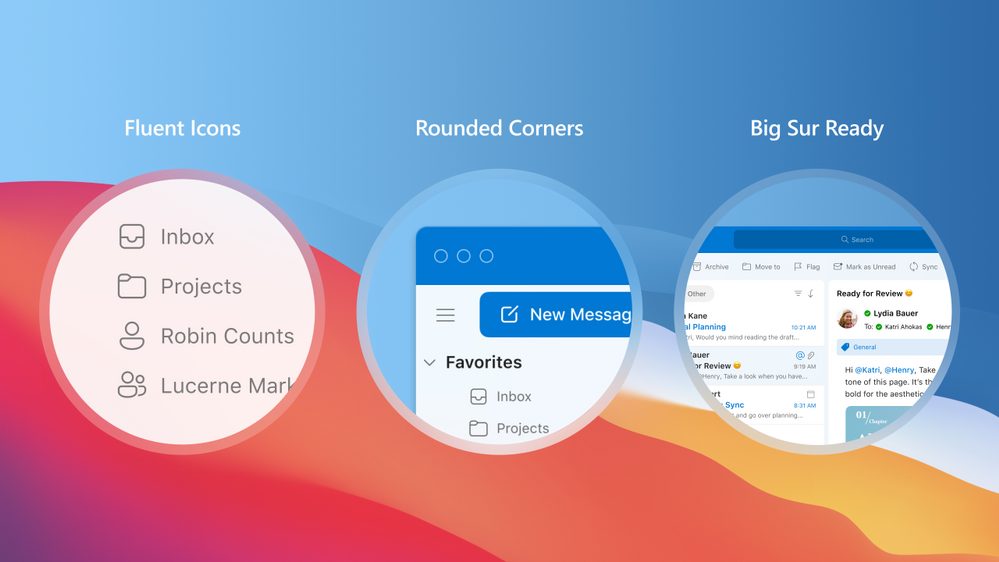 The developer has designed the digital mailbox to look like a native macOS app as much as possible, including rounded corners in buttons, the message list, and conversation pane that are said to be influenced by macOS Big Sur. The design language uses white surfaces for increased contrast on text and icons, which also involves elements of Microsoft’s design language to keep it looking familiar to Outlook users.

The software giant detailed the improvements and changes it has made with the upcoming version of Outlook for Mac in a blog post today. The new design will be available to users via an in-app toggle.

“With the new Outlook for Mac, we have reimagined the experience that you know and love, bringing even more power and simplicity to the product. Re-designed from ground up and available via a toggle – the new Outlook for Mac connects to accounts using Microsoft sync technology for enhanced performance and reliability, with functionality that showcases the best of Outlook.”

Claimed to be faster and more reliable, reduced email load times and faster syncing of accounts are said to be offered with the new update. Additionally, support for unified inboxes means users can access all their mail accounts in one place, with it compatible with Office 365 emails, Outlook.com, and Google accounts from the start, and iCloud and IMAP support arriving soon.

The calendar is now more intuitive, with the addition of a Microsoft Teams meeting toggle and the ability to click and drag over the calendar to create entries. 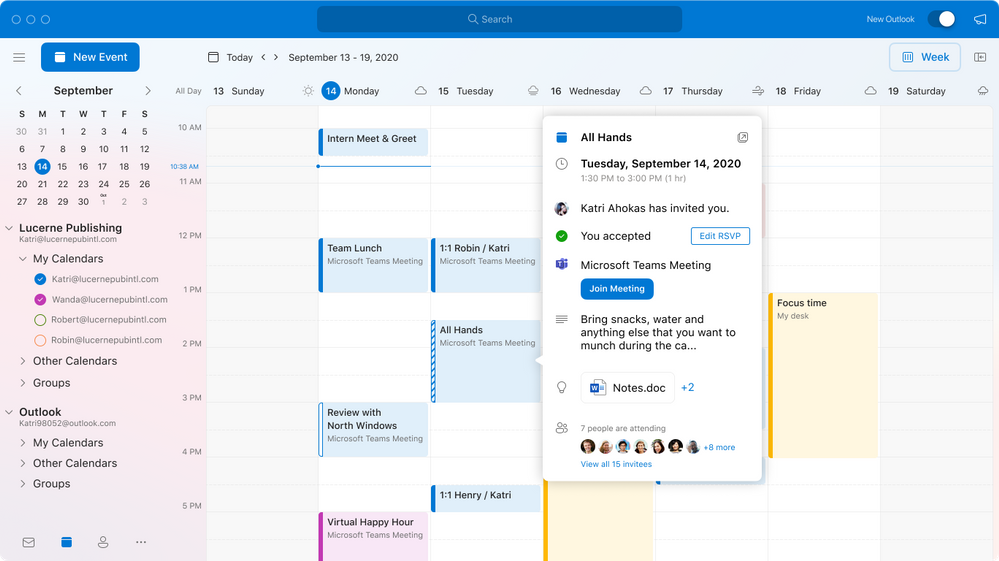 A centralized and upgraded search experience uses Microsoft Search, the same one that is used for other Outlook versions and in Office 365. The search can be used to find items across multiple accounts and folders at once, with results for contacts able to bring up extra information, such as an organizational chart. Advanced search filtering can select items based on importance, keywords, and attachments.

Microsoft has also improved the way contacts work in Outlook for Mac. A new People experience will separate contacts and colleagues from messages and events, creating a central collaboration area. Users can add notes to contacts, start a Teams chat, or mark them as a favorite within the People view. 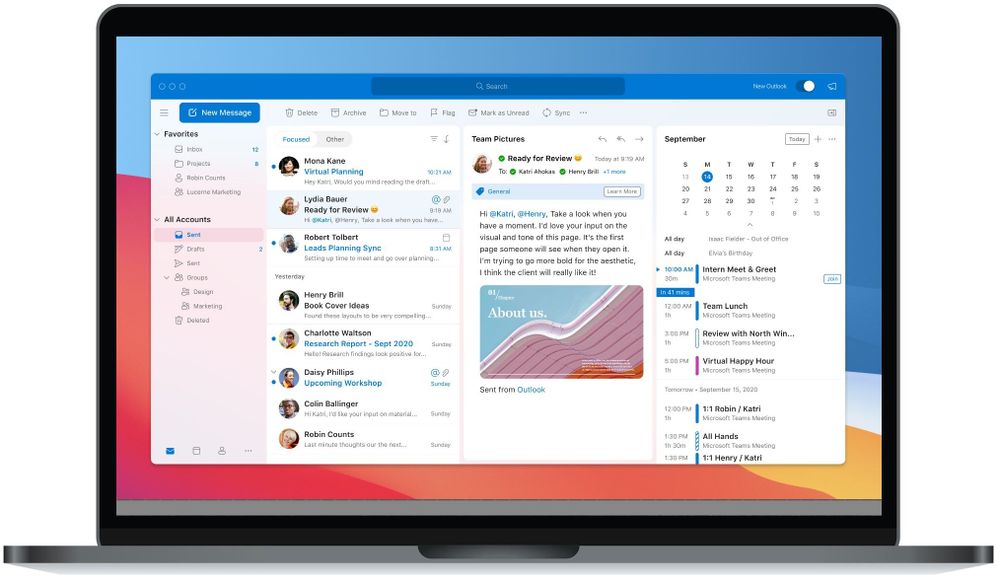 The software giant seems to have focused a lot on customization and personalization with this new Outlook for Mac design. Users can now tweak the message list density to compress it to see more and swipe settings for use when swiping email to one side or another using the Magic Mouse or trackpad. While the design is the main change, there are some significant changes that are not visually apparent. Microsoft is bringing its sync technology that’s used on Outlook for iOS and Android and Windows Mail to this version of Outlook for Mac. It means Office 365, Outlook.com, and even Google accounts will sync faster thanks to Microsoft’s cloud services. Support for iCloud and IMAP accounts is coming soon.

Microsoft also announced a number of smaller updates to Outlook for iOS, including a new calendar widget to display upcoming meetings from multiple accounts on the home screen, emoji reactions, voice commands, and expansion of Play My Emails to Canada, Australia, India, and the UK.

The updated Outlook for Mac will be arriving in mid-October for all users.