Over at iPod Touch Fans, folks have stumbled upon more clues that confirm the existence of an upcoming third generation iPod Touch. Best Buy has listings for Belkin’s new cases for the third-generation iPod Touch. There aren’t any images for the cases yet, so we can’t confirm from these cases whether the new iPod Touch will have a camera and a built in mic as rumored. Whatever the case, only 2 days are left for Apple’s Rock and Roll event where new products will be announced. There are a lot of expectations from the event based on rumors, but with Apple, you never know until they announce it. 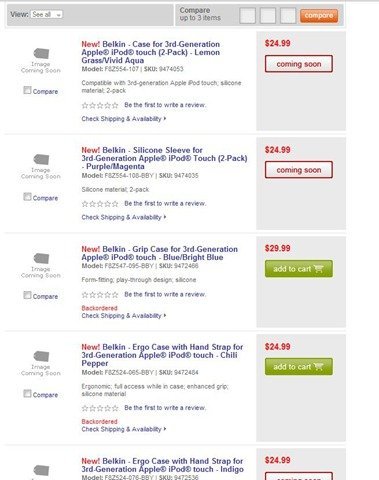