As expected, Apple’s latest iPhone has launched with a lot of success in the market. It has beaten all the previous sales records. About 1.7 million units were sold in just the first three days and the figures keep on improving. More people want to switch to iPhone 4 but they are just waiting for the launch of the rumored Verizon iPhone. A report by market research firm Morpace shows a survey of 1,000 consumers that most of them are waiting for the launch of Verizon iPhone because of AT&T’s crappy network. 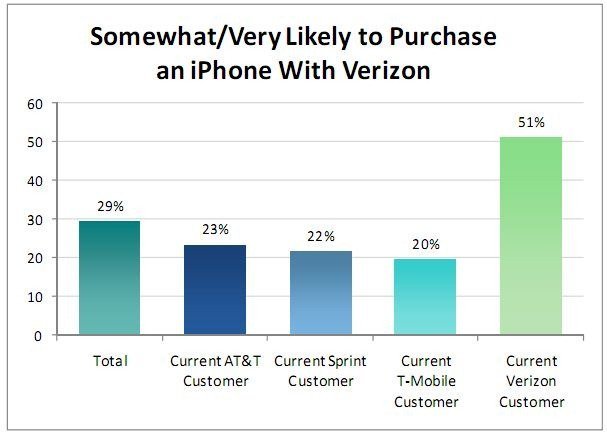 Above figure shows that overall 29% of the respondents are likely to purchase an iPhone when it comes to the Verizon network and a big percentage of 51% of the Verizon subscribers would switch to iPhone as well. Well, this does not looks great for Android and Blackberry as those 51% of the user would mostly be their users. 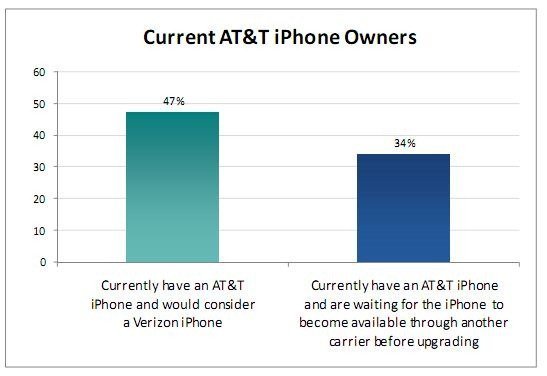 Apart from this, about one third of iPhone users have not upgraded to iPhone 4 because they are waiting for its launch on some other network, which again shows that most of the iPhone users are not happy with the AT&T network.

Well according to these figures many users are looking to buy the iPhone on some other network. Still, both Apple and Verizon have not officially announced anything about the launch of iPhone but recent rumors indicate that Apple is working on a CDMA iPhone and the likely network for that could be Verizon.

Whatever network the iPhone moves to ( hopefully all of them ) in the US, it will spell trouble for Android and Blackberry, since AT&T seems to be the major factor slowing the growth of iPhone and iOS market share against Android.