Rumors since the past few weeks clearly show that Apple is working on a CDMA iPhone for Verizon and which may launch early next year. To give more confirmation to all the rumors about Verizon iPhone, BGR showed a block of code  which allows the CDMA iPhone and iPad 2 to be activated automatically without iTunes. 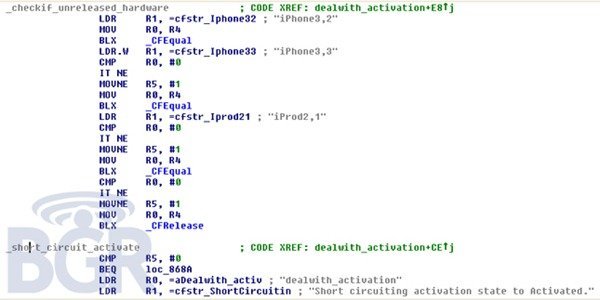 BGR mentioned that one of their sources from Apple informed them about this. This block of  code is way down within iOS 4 and it queries the device to check if it is a CDMA iPhone or iPad 2. And if the device is one of these than the device will bypass iTunes and will be auto-activated.