Apple is popular for taking cheap shots at its competitors specially during commercials and at events like WWDC. iPhone 4’s antenna issues have finally given competitors a chance to return the favor at a time when Apple still wont stop making its competitors look bad by posting ‘death grip’ videos regularly of new phones which don’t really effect users at all. Motorola has stepped up to the game and created an ad for Droid X with the line ‘No jacket required’. They showed this off on their Facebook fanpage before it went live in newspapers and various media. 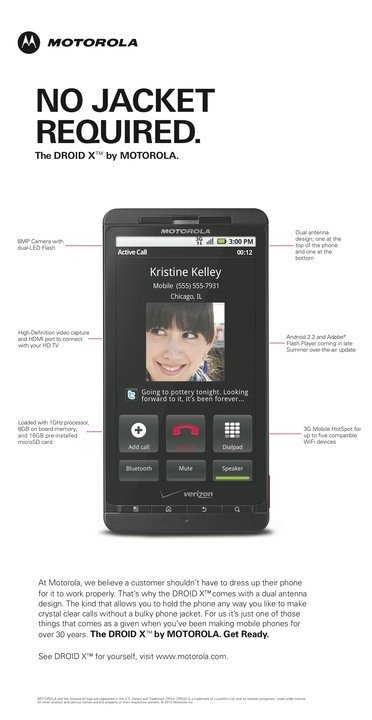 Of course, Apple had already posted a ‘death grip’ video of the Droid X after which Motorola retaliated with this ad. This isn’t the first time that a competitor has responded to Apple’s claims that ‘every smartphone has death grip issues’. The difference between every smartphone and iPhone 4 is that those death grip issues appear at places where you don’t normally hold the phone unlike with iPhone 4 which goes signal crazy with the normal holding position.