During the press conference on Friday, Steve jobs said that phones are not perfect and almost all smartphones have the problem of “Antennagate”. To show that Antennagate is not a unique problem to iPhone 4, Steve Jobs showed some video demonstrations of some popular smartphone having the same type of problem. They showed the same type of issue in Blackberry Bold 9700, HTC Droid Eris and Samsung Omnia. Steve Jobs also mentioned that even Nokia has the same kind of issues. 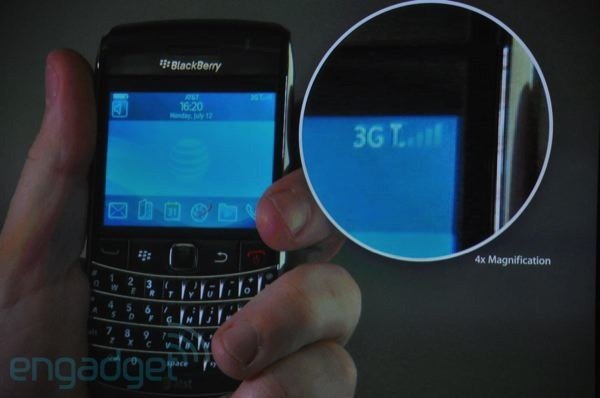 Antennagate — that doesn’t seem like a good thing if you can make the bars go down by touching the phone. Well we first learned that this doesn’t just happen to the iPhone, Nokia, Motorola… other phones have this issue.

CEO’s of RIM and Nokia have responded to Steve Jobs’ claims in the press conference. Here is what RIM’s CEO said in his official statement.

Apple’s attempt to draw RIM into Apple’s self-made debacle is unacceptable. Apple’s claims about RIM products appear to be deliberate attempts to distort the public’s understanding of an antenna design issue and to deflect attention from Apple’s difficult situation. RIM is a global leader in antenna design and has been successfully designing industry-leading wireless data products with efficient and effective radio performance for over 20 years. During that time, RIM has avoided designs like the one Apple used in the iPhone 4 and instead has used innovative designs which reduce the risk for dropped calls, especially in areas of lower coverage. One thing is for certain, RIM’s customers don’t need to use a case for their BlackBerry smartphone to maintain proper connectivity. Apple clearly made certain design decisions and it should take responsibility for these decisions rather than trying to draw RIM and others into a situation that relates specifically to Apple.

Although Apple had not demonstrated any Nokia phone in their press conference, Nokia was mentioned in the list of phones who have the Antennagate issue. This is how Nokia responded:

In general, antenna performance of a mobile device/phone may be affected with a tight grip, depending on how the device is held. That’s why Nokia designs our phones to ensure acceptable performance in all real life cases, for example when the phone is held in either hand. Nokia has invested thousands of man hours in studying how people hold their phones and allows for this in designs, for example by having antennas both at the top and bottom of the phone and by careful selection of materials and their use in the mechanical design.

CEO’s of both RIM and Nokia have clearly stated that Antennagate is not a problem in their phones because their designs are better than the iPhone. RIM CEO clearly slammed the design of iPhone 4 as he said that their Blackberry phones do not need cases to work properly.

We humbly disagree with RIM and Nokia. There are loads of videos on YouTube now which show the death grip effecting phones from these companies, including Palm and HTC’s devices too.
[via Gizmodo]