About a week ago, Consumer Reports mentioned in their report that they cant recommend iPhone 4 because of signal reception issues and just after that report they ranked iPhone 4 as the number one smartphone currently available. They mentioned that an iPhone 4 case or bumper would solve the reception problem. Now when Apple has announced that they would give away free iPhone 4 cases to every iPhone 4 buyer still Consumer Reports can’t recommend iPhone 4. 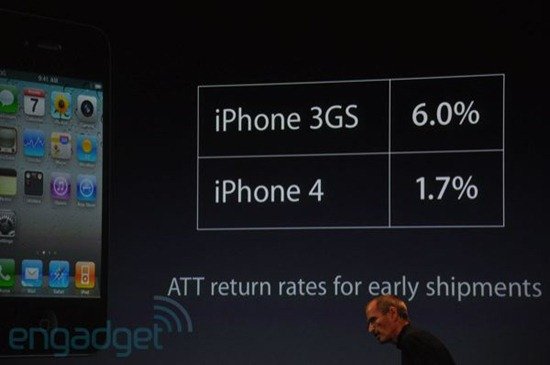 Consumer Reports believes Apple’s offer of free cases is a good first step. However, Apple has indicated that this is not a long-term solution, it has guaranteed the offer only through September 30th, and has not extended it unequivocally to customers who bought cases from third-party vendors. We look forward to a long-term fix from Apple. As things currently stand, the iPhone 4 is still not one of our Recommended models.

Ever since the launch of iPhone 4, we have been hearing about the signal reception issues of iPhone 4 but it turned out that only a very little percentage of people were actually facing this issue. Way to go, Gizmodo! Steve Jobs mentioned in the iPhone 4 press conference that only 1.7% of iPhone 4 users from AT&T have returned their iPhone 4s because they didn’t like it or they were having problems with it. So this proves that iPhone 4 is working nearly perfectly for more than 98% of the users.

It is unusual that Consumer Reports is still not recommending iPhone 4 even after Apple has promised to give out free iPhone 4 cases. They are not recommending their highest ranked Smartphone which has almost satisfied more than 98% of its users. They probably want to see an iPhone 4 recall which is not going to happen.
[via 9to5mac]