Recently, Consumer Reports said in a report that they cant recommend iPhone 4 because of its signal reception issues. Apple‘s reputation is severely being effected because of this issue. The report published by Consumer Reports clearly says that the iPhone 4 really has signal reception issues which also show that Apple’s statement that it’s just a ‘software issue‘ is not true. Despite all the problems iPhone 4 users have been reporting, Consumer Reports has reported in its officially paid research report that iPhone 4 is the highest rated smartphone currently available. 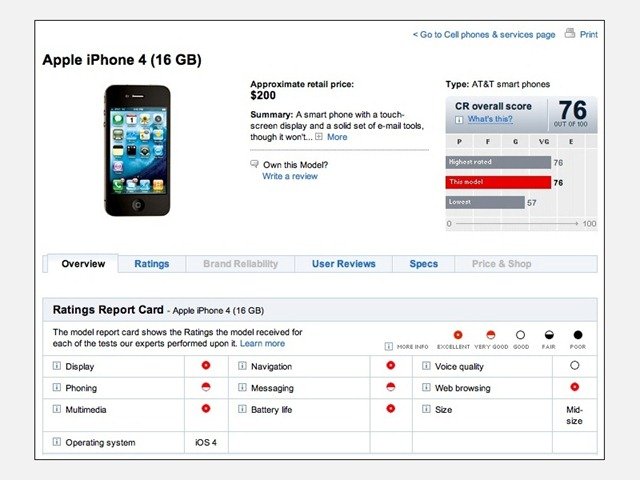 iPhone 4 scored 76 points out of 100 which are more than any other Smartphone currently available. The closest to the iPhone 4 were iPhone 3GS and HTC Evo which have 74 points each. Even though iPhone 4 has the death grip issue, with all its great features like HD camera, Retina Display, great battery life, completely new design, FaceTime and much more, it is the smart phone to beat on the planet.

The thing about the reception issue is that not all the people are experiencing it. The issue also depends somewhat on local area coverage. We recommend that iPhone 4 users should get bumpers if they face the ‘death grip’ issue. It’s better than believing and waiting that a software upgrade will fix this issue once and for all which seems highly unlikely currently.
[via macrumors]