In a recent press conference iPhone 4, Steve Jobs said that antennagate is not a unique problem with iPhone 4 and that almost all Smartphones have this issue. Apple showed some demonstration videos in the press conference of RIM, HTC and Samsung smartphones and also posted these videos on their website and on YouTube. RIM, Nokia and other companies responded to Apple’s claims and said their smartphone’s do not have antenna issues like iPhone 4. Then just after a few days, Apple posted a video of Nokia Smartphone N97 showing the same problem. Now again, Apple has uploaded another video and this time they have targeted Motorola’s just released Droid X. 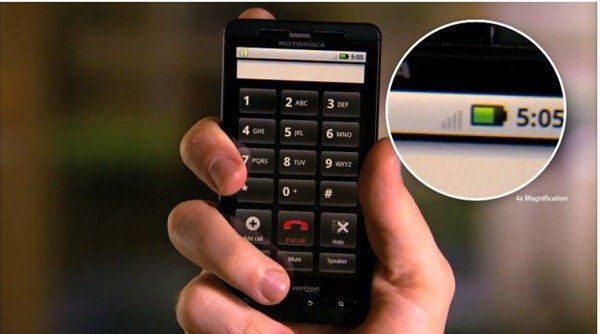 The video shows that Droid X looses signals from 3 bars to zero bar when gripped just like the iPhone 4. This again shows that this problem is in every smartphone and it does not cause many problem while calling or doing any other thing. Apple just want to prove their point by posting these videos.

Droid X was released just a few days ago and it is considered as a strong competitor for iPhone 4.Overall features of the phone are good and it looks better than many other Android phones. It has sold well so far and Motorola has been unable to keep up with the demand. But with all its great features, Droid X also has the “Death Grip” problem like iPhone 4.