At the Apple press conference for the  iPhone 4, Steve Jobs mentioned that the antenna problem is not just a problem for the iPhone 4, but it is a universal problem. To prove his point he showed some video demos of other smartphones that had the same problem. Apart from showing videos, Steve Jobs mentioned the names of companies whose smartphones have the same problem. RIM and Nokia were not happy with Apple for saying that their smartphones also had antenna problems. Although no video demo of any Nokia phone was shown by Apple, Nokia still decided to respond to the press conference. Now, Apple has posted a video about the antenna performance of the Nokia smartphone, N97. 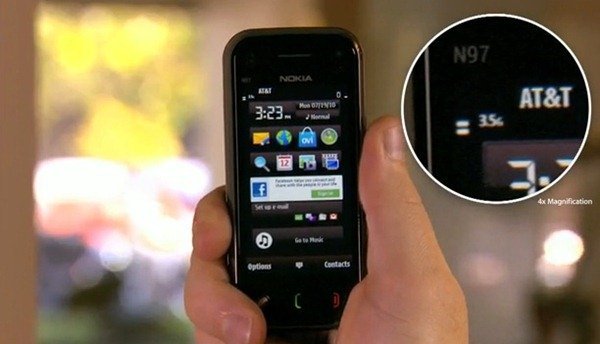 The video clearly shows N97 also has an antenna problem just like the iPhone 4. After gripping the phone hard at its antenna position the signals drop from 7 bars to 2. Although, both N97 and iPhone 4 drop signals when gripped from a specific position, we don’t think it is a big problem. This also proves that Apple was right about the fact that almost all smartphones have this problem. Even if it is a big problem, Apple has already announced that they will offer a free iPhone case for iPhone 4 users.
[via 9to5mac]