According to Steve Jobs, the iPhone 4 antenna problem is not a unique problem and all smartphones suffer from it. Apple showed ‘death grip’ demonstration videos of RIM, Samsung and HTC smartphones in the iPhone 4 press conference and also uploaded these videos to their website and on their YouTube channel. Apart from showing video of these smartphones, Jobs also mentioned that Nokia , Motorola and other companies have the same problem in their smartphones. After some days, Apple posted a death grip video of Nokia smartphone N97 and Motorola’s latest smartphone Droid X. Apple has probably proved their point now and that’s why they have removed these antenna performance videos of other smartphones from their website. 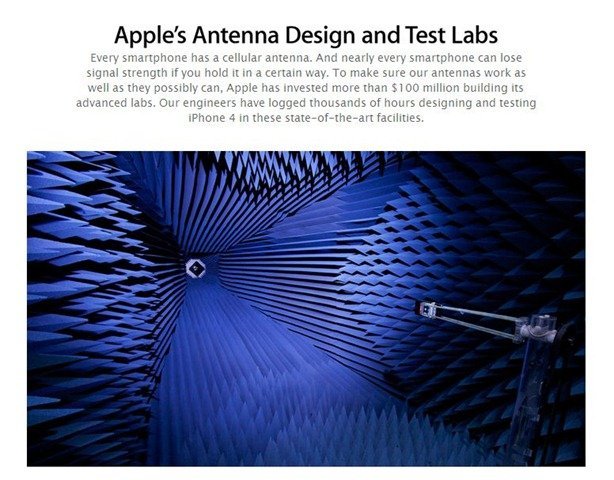 Currently apple.com/antenna/ page shows Apple’s antenna design and Test Labs as shown in the above image. UK and Canadian versions of Apple’s website are still showing the smartphone antenna performance video but we think these will also be removed soon. 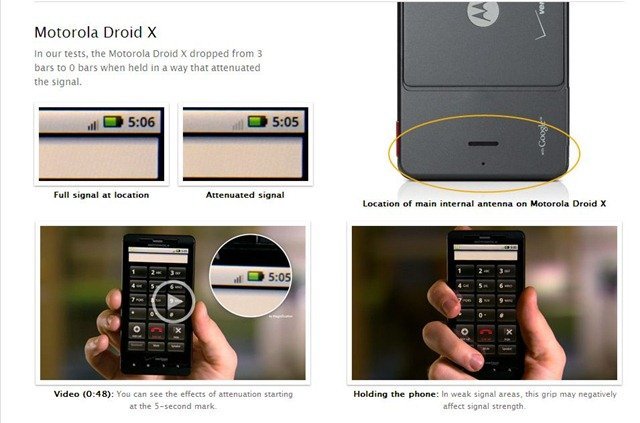 We can guess Apple had shown all these videos just to prove that other phones have also this problem , but other smartphone companies were obviously not happy with these videos. Nokia , RIM and HTC responded to these videos with their own statements. Some companies like Motorola  mocked Apple in their Droid X ad and Samsung also showed that their smartphone has so such issues like iPhone 4. Seems like Apple is ending this war by removing these videos from their website although they are still available on YouTube.