iPad has proved to be a big success for Apple as they have sold more than three million iPads in just a few months. The sales of the iPad will surely increase with time as currently, it is available in only 10 countries and it is scheduled to launch in 9 more countries this Friday. Apple is planning to launch the iPad in many more countries by the end of this year. Looking at this pattern of iPad sales, research firm iSuppli has posted a report which says that Apple will sell 100 million iPad by 2012. 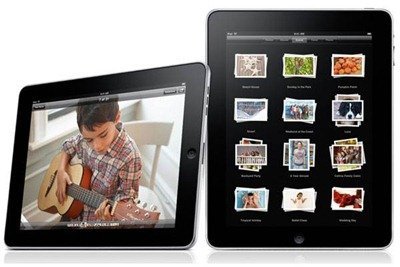 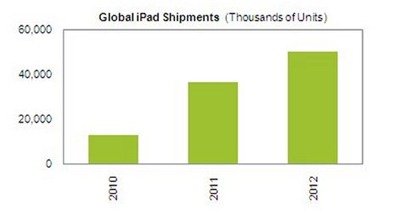 And Rhoda Alexander, director of monitor research for iSuppli said

The iPad is shaping up to be the ‘Tickle Me Elmo’ of the 2010 holiday season, with product demand expected to vastly exceed available supply.

Apple has hiked its iPad manufacturing goals to suppliers across Asia. As iSuppli stated in its initial forecast, the key to continuing success will be how quickly Apple responds to issues as they arise and whether the company can align suppliers to meet demand needs. Apple’s acceleration of its component demand indicates that the company has raised its iPad production target for 2010. Our latest research indicates there is much higher production than previously expected for two key components: LCD panels and NAND flash.