The iPod touch can be used to make voice calls with apps like Nimbuzz or Skype in iOS 4 over Wifi. But iPod touch does not have a 3G service like iPhone to make calls from anywhere you want. You will be able to turn iPod touch into an iPhone with the Apple Peel 520 by Yosion which is an adapter powered by an Infineon chip that allows you to place voice calls and send text message. If you think that’s cool then check this out: recent FCC documents has revealed that Sprint have registered a new device that looks like an iPod touch case. It means that Sprint may have a way to use Apple’s WiFi only iPod touch on its network. 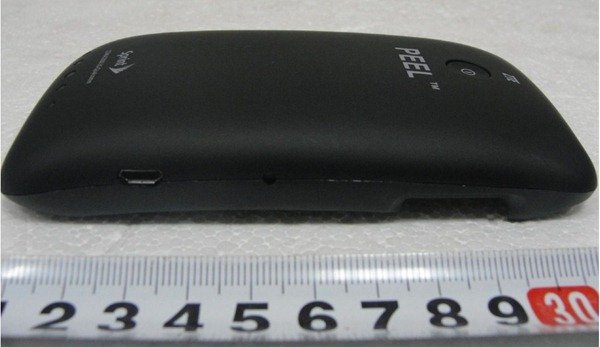 The name of the device is ZTE Peel as shown on the case. This case has an EV-DO Rev. 0 3G radio, a WiFi access point and a built-in battery with a micro-USB charger. The device looks as if it was designed for the size of an iPod touch. There is also a Wifi antenna which shows that Peel is a 3G micro-hotspot that would allow the iPod touch to connect to it. It is only cleared for EV-DO Rev. 0 networking which is Sprint’s slower 3G service.