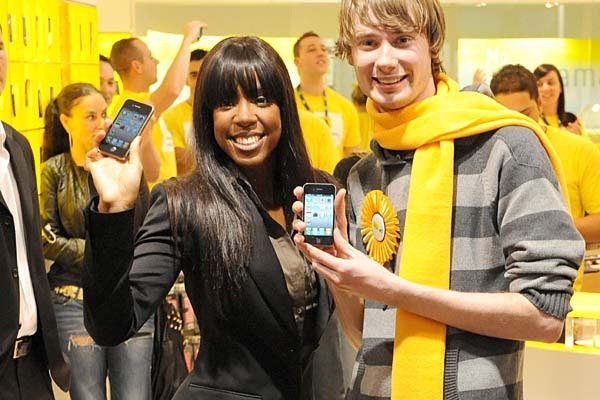 iPhone 4 launched in Australia with a big boom, as people waited for hours in lines in front of telco stores to get their hands on their new iPhone 4. Apple has more than one carrier partner in Australia in Optus, Telstra and Vodafone. Stores opened for the big launch and they made sure the wait for the device becomes an event of itself.

It looks like not all the customers who have pre-ordered an iPhone 4 would get their phone in this batch as more pre-orders were accepted then shipped in the first batch.

Sources say each telco has received only about 12,000 to 13,000 iPhone 4 units in the first batch, and with Optus alone getting more than 100,000 pre-order customers, stock is likely to run out within days.

iPhone 4 launch in New Zealand was not that smooth as previously it was announced that Vodafone will not launch iPhone 4 because their deal with Apple was cancelled. But today things changed as the mobile provider announced that they would sell iPhone 4 from midday at selected Vodafone-branded stores.

But this changed late this morning with Vodafone announcing that it would be sold from midday at selected non-partner stores. Apple have since announced that it will be available for purchase on the apple.com/nz/ website this evening. Pricing starts at $1099 to buy the device outright, although Vodafone is offering subsidised on-account plans.

Apple had also planned to launch iPhone 4 in South Korea today but in the press conference Steve jobs said the company is waiting for their government’s approval. After this second batch of iPhone 4 launch, Apple would make it available in more countries in the coming months as 88 countries are estimated to get iPhone 4 by September.