If you are a health nut and also love music then the next Nike+iPad will be the best thing for you. Nike will launch an iPod heart rate monitor in its new Nike+iPod range on the 1st of June. This accessory would be compatible with iPods and iPhones. And as the name suggests, it will work with Nike footwear. 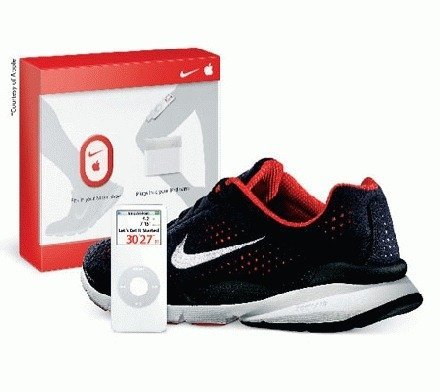 Using this device, you would be able to check out your heart beat as you jog thorough the park listening you favorite music. It is expected that it would be available in U.S and Canada this June and a worldwide launch is expected to follow later this summer.

We first heard about this type of a device last September, in a revision to Apple’s Nike + iPod User Guide. And today we have an update from company’s official forum.

Great news! I have a U.S. launch date for the Nike+ compatible heart rate monitor. It will officially launch on June 1, 2010, although it may reach some retail outlets slightly sooner. It will reach Canadian markets in June and will launch internationally in summer 2010, exact date to be determined.
I know you’re going to ask, so I’ll answer pre-emotively: no, I am not able to discuss price, color, device compatibility, and other details at this point. Stay tuned.

Nike+iPod is compatible with iPod Touch 2G and above, iPhone 3GS and Bluetooth equipped iPod Nanos.