After its announcement a few days ago, Niantic has released the new Buddy Pokémon feature with Pokémon Go version 1.7 for iOS. The latest update also implements Pokemon Go Plus support, performance and text improvements, and minor bug and fixes.

Trainers, Pokémon GO is being updated to version 0.37.0 for Android and 1.7.0 for iOS. Release notes: https://t.co/AscNE8wlvT

Buddy Pokémon feature will allow Pokémon trainers to choose any creature of their liking from their collection, to walk along with their avatars in the virtual world of Pokémon Go. The profitable aspect of their companionship will be the awarded candy. For as long as a particular Pokémon accompanies the trainer’s avatar, the trainer will continue to receive candy of that species. This functionality will make it easier and faster to players to ‘power up’ or ‘evolve’ the chosen wild creature.

The update also brings support for Pokémon Go Plus wearables. Plus is a wearable device which continues the game’s play mode without users looking at their smartphone screens. When connected to iPhone via Bluetooth, the Plus device will alert the players of nearby Pokémon and Pokéstops by vibrating and flashing its LED light. Plus is available for $34.99. Trainers will have the choice to either wear it a pin or a wristband. On the lighter side, trainers can wear Plus devices as a badge to indicate other trainers that they are a part of Pokémon Go community.

Read our complete coverage of the Pokémon Go Plus.

Besides new features, Niantic has improved the performance reliability so that the app does not hang or stop updating when users’ device changes networks. Trainers will also find it easier to select smaller Pokémon on screen. The update also fixes an issue with Egg hatching animation. Previously, the app sometimes did not display the egg hatching animation.

It is interesting to note that Niantic will be launching an exclusive Pokémon Go app for Apple Watch Series 1 and 2. At Apple’s keynote on September 7th, Niantic officially announced the soon to be released Go app which will enable Watch owners to track nearby wild creatures, collect items from Pokéstops, hatch eggs, and more. In short, players will enjoy all the features of Pokémon Go Plus devices on their Apple watches.

After releasing the game in more the 40 countries, Niantic has directed its attention on introducing new features like Appraise and Buddy Pokémon, performance improvements and fixes. The developer has been successful in disabling third-party tracking apps like Poke Radar and confirms focus on eliminating bots and scrapers from Pokémon Go in the latest release notes. This seems like grim news for companion app developers.

Pokémon Go 1.7 is available in the App store for free. Existing players will automatically receive the update in the App store/ Stay tuned for a detailed coverage of the Buddy Pokémon feature. Gotta catch ’em all! 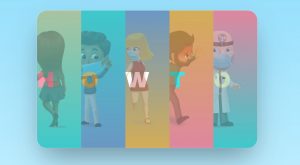