According to Mexican carrier Telcel’s executive, Apple will release a revised version of the iPhone4 by the end of September. Apple’s new iPhone had definite, famously criticized antenna issues that Apple tried to compensate for by providing free bumper cases to existing and new iPhone4 owners. The Mexican carrier started offering the iPhone4 last Friday. 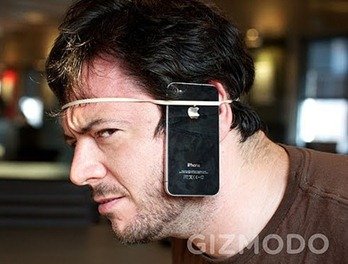 In a press conference, Telcel’s Director of Value Added Services stated that the iPhone4 will be offered with a free bumper case till 30th September after which iPhone4’s with new hardware will be released that will address the antenna issues. It is unclear whether Telcel’s claims are true or false. It is possible that Telcel misunderstood Apple’s free bumper offer expiration date but it is also possible that Apple may very well be releasing revised version of their new device (finally).