Apple will hold their media event tomorrow in which they will reveal their new iPod lineup. According to many rumors, it is expected that Apple will reveal a redesigned iPod Nano which won’t have a click wheel but instead, it will have a square touch screen interface. Many Chinese cases for the upcoming iPod Nano has confirmed this design. The latest leaked case gives lots more details of the next generation iPod Nano. 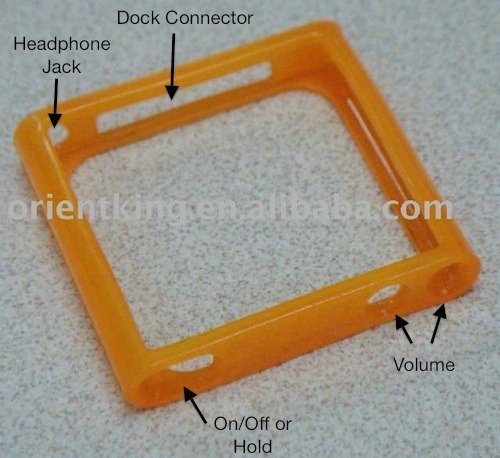 All the proposed cases have almost shown similar things i.e. they are square and their holes are almost in the same places which show that tomorrow Apple will reveal the first iPod Nano with a touch interface. Apart from this, Apple will reveal their new iPod touch with a front facing camera and some experts also think that Apple may also reveal iTV.