Details of Apple’s work on the next iOS and OS X releases have been trickling out slowly from Cupertino. The latest reports say that Apple is focusing on quality as priority for iOS 9 and OS X 10.11 releases, internally known as Monarch and Gala respectively. The new Apple Watch font, San Francisco, is also rumored to be making its way to iOS and OS X. On the security side of things, work is underway on Rootless, a new system to revamp and improve the security of both operating systems. 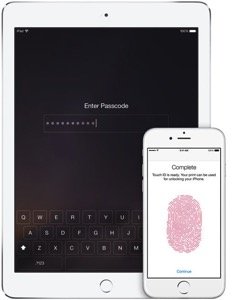 If the reports by 9to5mac are correct, Apple would be restricting access, even administrative to protected areas of the operating system. If you are a technical user, this might not sound much different from how it works right now as users are not able to access most areas of iOS without a jailbreak. This protection would be extended even further to what seems to be Apple’s move to counter jailbreaking for good. OS X would get the same sort of restricted access so expect lesser security loopholes, better data protection and more. It will work with the existing file systems of OS X and iOS so no changes at that front.

Just like Gatekeeper, Rootless would be optional, although enabled by default, on OS X.

The million dollar question: would Rootless really kill jailbreaking on iOS? If I had to place a bet, I would say, no. Simply because there have always been tight security measures in place by Apple in the past on iPhone and iPad and despite them, the jailbreaking community has somehow managed to find ways around them through various exploits and vulnerabilities. Apple would be making it even more difficult for the jailbreak community but it is difficult to think that they can close them out of their operating systems for good.

Of course, this is just a prediction and only time will tell how good Rootless works. Nowadays, where most data is online and likely an attack vector, we can never have enough security measures to protect our information.