Since the last few moths, we have been hearing rumors about Samsung Galaxy Tablet and yesterday it was spotted in Australia where one of its testers was using it in a public place. Today, Samsung has officially released the teaser video of the device. The teaser video, apart from showing a little glance of the device, also reveals many things about it. The device will have a 7-inch display , video calling, Swype keyboard, HD movie playback and its OS would be Android 2.2. It will have Flash support, GPS navigation, an e-reader and many more interesting features.The video also mentions that the device will have support for augmented reality. All these features with a 1024 x 600 AMOLED screen. 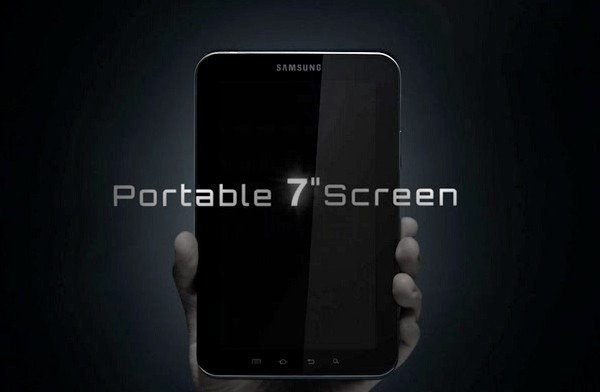 Well the device looks good in the video teaser and it looks way better than many other crappy tablets currently available. Looks like the iPad will be finally getting a good competitor and hopefully this is just a start as many other companies would reveal their tablets in the near future. Samsung Tab will be revealed on 2nd September at the IFA trade show in Berlin, Germany and we hope it would be available for purchase soon. We can’t wait to get our hands on it!