Days after mocking Apple for removing the power adaptor from the iPhone 12 box, Samsung is reported to do the same for the upcoming Galaxy S21. Based on reports for Korean media, SamMobile writes that a decision to remove either both earphones and charger or only the earphones from the box of the entire line-up of the new Galaxy S21 arriving in 2021. 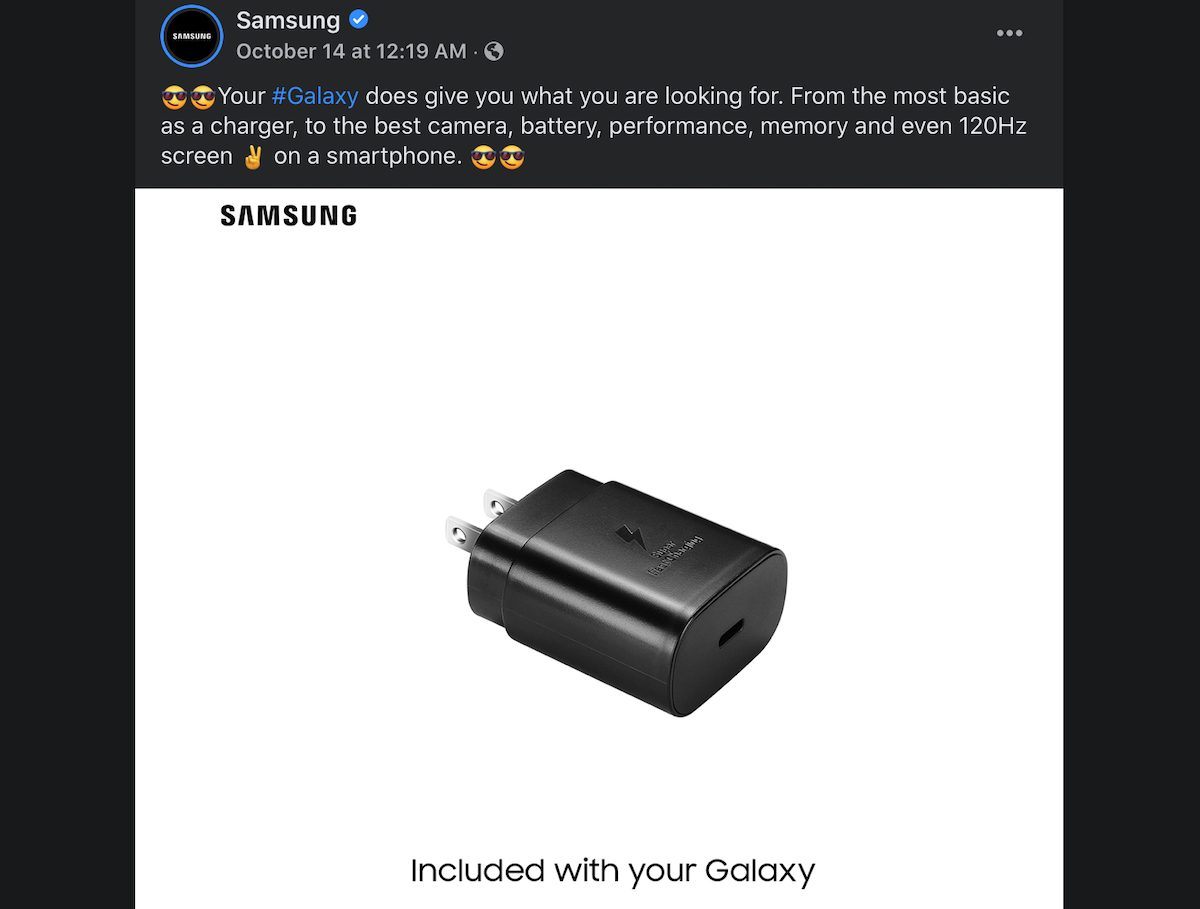 The report does not mention the reasons behind the alleged removal of accessories from the upcoming smartphone’s box. However, based on the company’s previous actions, it is likely that the tech giant wants to follow the footsteps of Apple and save manufacturing and shipping costs. In 2016, when the Cupertino tech company removed the headphone jack from iPhone 7 series, Samsung eagerly followed suit after making fun of the decision.

Currently, Samsung ships its smartphones with 25W charger and sells 45W charging brick separately. There is a strong belief that the company might just remove the earphones and continues with charging brick in the box.

Samsung might not include a wall charger or earphones with Galaxy S21 https://t.co/PwFV6OLVCc by @alw pic.twitter.com/lZdCeOJRB9

Starting at $900, the new S21 models would be available in gray, pink, violet, and other vibrant colors. It is expected to release in February 2021.