Shazam has been updated for iPad and iPhone in the App Store with several new features including a new design, notifications for missed Shazams, trending charts, and more. In addition, users can now access Shazam on a computer through a web browser.

Shazam has received a major update that brings a revamped interface and improved syncing capabilities to the platform. Additionally, Shazam’s website now has the capability to identify music when users allow it to access the microphone on a computer, tablet, or phone. It is an efficient way to identify a song on a device that does not have the app downloaded. 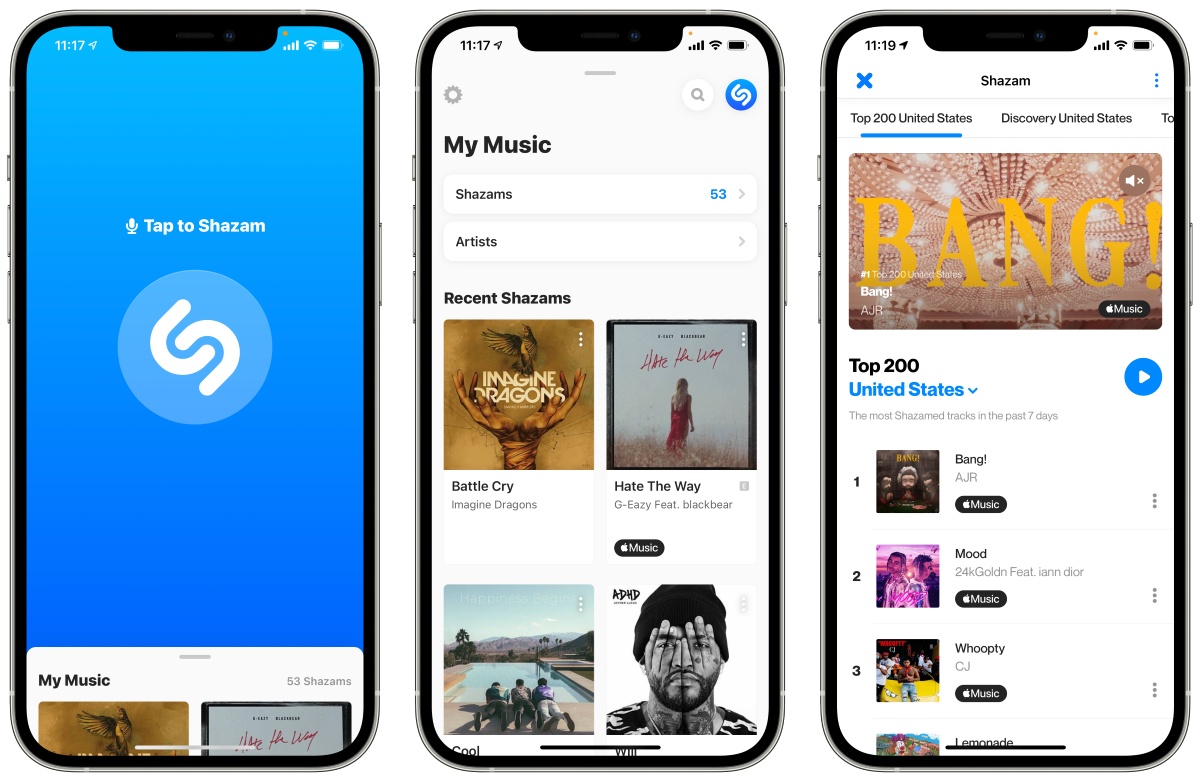 Shazam updated for iOS with a new look and instant notifications

Shazam’s version 14.2 provides a new look for the music-discovery app, consisting of a simple swipe-up card to gain access to previously discovered Shazams. The app will now vigorously search for a user’s offline or missed Shazams and send a notification as soon as they are identified.

In Search, users can now find trending charts that highlight global trends in Shazam. Trending lists can be found for specific countries and cities around the world with up to 200 top songs.

Also, users can now access Shazam on their computers via a web browser. The web app lets users identify songs from a browser, access charts, and more. Though it is currently running in beta, the website works with Firefox, Safari, and Chrome on macOS and ChromeOS desktops.

Shazam was acquired by Apple in December 2017 for almost $400 million. The acquired acquisition proved to be successful as the app passed 200 million regularly active users two years after the Apple deal.